Russian spacecraft out of control, falling to Earth 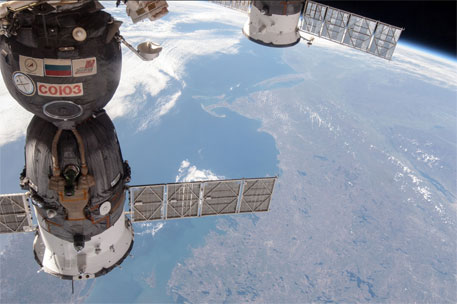 Russian mission Progress M-27M, an unmanned spacecraft carrying supplies for astronauts at the International Space Station (ISS), has spun out of control and is descending towards Earth, an official told Agence France-Presse (AFP) on Wednesday.

The official said efforts are being made to contact the spacecraft, but it unlikely that these efforts will rescue the mission. Controllers had also attempted changing the flight plan to fix the problem.

The Russian space agency has not yet commented on the descent of the spacecraft. The AFP report says an official statement is expected today.

Progress M-27M was launched on Tuesday but communication with the spacecraft was lost soon afterwards. It was carrying "1,940 pounds (880 kilos) of propellant, 110 pounds of oxygen, 926 pounds of water, and 3,128 pounds of spare parts, supplies and scientific experiment hardware," the agency report quoted NASA as saying. NASA also said that none of the supplies were urgently required by the US section of the ISS and that astronauts have enough to sustain themselves for months.

This is the latest in a series of failures that the Russian space agency has encountered in the recent past. It has already lost expensive satellites and a similar Progress supply ship in 2011, the AFP report said.