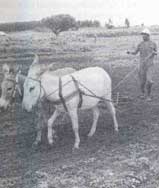 Social Scientists in South Africa are now looking forward to the use of Indigenous Knowledge Systems (iks) to achieve sustainable development and to preserve the traditional ways of looking after the environment.

A recent meeting of social scientists, traditional leaders, agriculturists and farmers who gathered in this resort town of South Africa's KwaZulu Natal province discussed ways of encouraging and promoting the use of iks.

Africa have always known farming techniques using traditional methods and effective biodiversity conservation. "We have not addressed our systems on environmental and natural resources management studies and yet we have studied our environments in this region for long periods, in fact centuries," says Gordon Chavunduka, president, Zimbabwe National Traditional Healer's Association.

The gathering set out to prove and explore the century old values ingrained in the African lifestyle. At the meeting researchers commissioned by the International Union for the Conservation of Nature's (iucn) Regional Office for Southern Africa (iucn-rosa) said they had discovered that people in the rural areas had effectively used the knowledge handed down from generation to generation and that iks was the part and parcel of the ethnic communities besides being sustainable, holistic and scientific.

The iucn has been at the centre of research into indigenous knowledge systems and is looking at setting up task forces in various regions of the world in preparation for its Montreal congress, 1996.

While communities are eager to continue using and promoting indigenous knowledge systems, changing times dictate that they have this knowledge documented so that it does not disappear for it may also mean losing local languages which documents names of local flora and fauna.