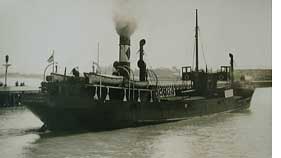 Abrupt drop in temperatures in 1940s, how accurate?

Global sea-surface temperatures have shown a general increase since the early 1900s, but the period between 1945 and 1960 shows an abrupt drop in temperatures. Climate change sceptics have used this data to argue that rising temperatures had more to do with increased solar activity than greenhouse gases. According to statistics, in the six-month period following August 1945, the global temperature decreased by about 0.3C.A study published in the May 29 issue of Nature says the anomaly arises because of the sailors' "biases" and that needs correction.

Correction for this anomaly will alter the mid-20th century temperature, but not the overall warming trend, adds the paper. "The measurement bias that caused the mid-1945 drop in ocean temperature will now need correction. But how much difference it will make remains to be seen," says Krishna Achuta Rao, associate professor at iit, Delhi. The paper estimates the adjustment will affect post-1941 data tentatively as large as 0.3C for the period immediately after 1945 while smaller changes may be required till the mid-1960s. The Met Office Hadley Centre, uk, is assessing the correction but given the complexities it is not possible to give a definite publication date, says John Kennedy, co-author of the study.