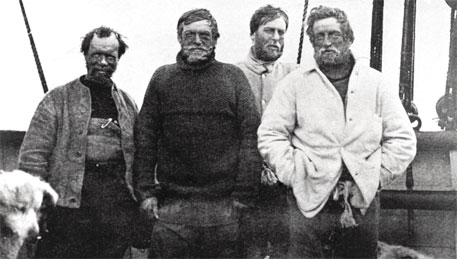 A biscuit which polar explorer Ernest Shackleton handed to a starving fellow traveller on an expedition over 100 years ago sold at an auction in London for US $2,000.

The BBC said the biscuit was one of the thousands that formed the staple diet for Shackleton and his group during the 1907-1909 Nimrod expedition. Made by British company Huntley and Palmers, it was fortified with milk protein to help them on the arduous journey. The explorers were forced to turn back after battling 160 km into the South Pole. Their return journey became a race against starvation, with the group surviving on half rations.

At one point Shackleton handed fellow explorer Frank Wild his own biscuit, prompting Wild to record in his diary: “Thousands of pounds would not have bought that biscuit.” The biscuit was left at the hut at Cape Royds in Antarctica where the group was based. It is perfectly preserved.