Wife of NRI doctor Kunal Saha, Anuradha, had died of complications after treatment at Kolkata's AMRI hospital in 1998 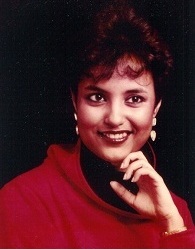 The Supreme Court has awarded the highest ever compensation in a medical negligence case in India. On Thursday, it directed the Advanced Medical Research Institute (AMRI) Hospital in Kolkata to pay Rs 5.96 crore to NRI doctor Kunal Saha whose wife died in 1998 after treatment at the hospital. This is the same hospital where major fire broke and close to 100 of people lost their lives a year back.

Mukherjee and Prasad have been asked to pay Rs 10 lakh each while Halder has to give Rs 5 lakh as compensation. Roychowdhury passed away during the hearing of the case.

Saha along with his wife had travelled to India in 1998. Anuradha was admitted to AMRI for high fever and respiratory infection. After a week she was transferred to Mumbai where she died of complications she developed in AMRI Hospital.

According to non-profit People for Better Treatment (PBT) India, founded by Saha in 2001 to fight against medical negligence cases, the Supreme Court passed a judgement in the case on August 7, 2009, which held the four doctors of the hospital and its administration guilty for negligent treatment and causing Anuradha's death.

The court directed the National Consumer Disputes Redressal Forum (NCDRC) to decide the compensation amount. The claim was for Rs 78 crore plus interest from 1998 onwards.

Earlier in 2006, NCDRC had rejected the claim as it had not found the doctors and hospital administration guilty of negligence. An aggrieved Saha approached the Supreme Court which gave a decision in his favour.

In 2011, NCDRC asked the respondents to pay Rs 1.73 crore to victim’s kin. Not satisfied with the amount of compensation, Saha again approached Supreme Court which announced the enhanced compensation on Thursday.