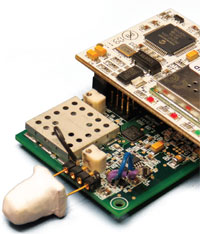 A SMALL,PORTABLE and inexpensive device to detect nuclear radiation has been created for public use. The device was developed following the nuclear accident in Fukushima in 2011 as people in Japan were unsure of radiation levels in their homes, food, water and environment. The instrument is a gamma ray spectrometer and can also measure radiations other than nuclear which everyone is exposed to in day-to-day life. The device can even give information about the intensity of the radiation and identify the type of radionuclide (atom with unstable nucleus) emitting it. It can also tell if the radiation levels are dangerous. The radiation detector is not yet commercially available, but is expected to be priced at less than $150. Nuclear Instruments and Methods in Physics Research, November 1

Lack of expression says a lot

People WHO suffer from serious heart or lung ailments have a reduced range of facial expressions. This is particularly true of their ability to express surprise. During a test, 50 adults suffering from shortness of breath and chest pain were shown a humorous cartoon, close-up of a surprised face, and a picture of someone crying. Their reactions were recorded. Results showed that the range of expressions of patients who later developed serious ailments was lower than that of the others. Emergency Medical Journal, July 14 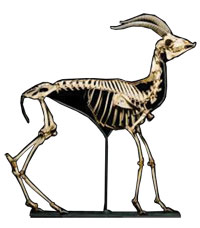 GHG behind low rain in Australia

SOUTH-WESTERN parts of Australia have been facing a decline in rainfall during autumn and winter months since the 1980s. Reasons for this are anthropogenic, says a new model. The model used data recorded during 1981-2012 to study if the impact could have been caused by human-made or natural factors. It concluded that green house gas emissions and ozone depletion are the main culprits.