A new type of paper packaging made with cinnamon oil will preserve bread and other baked food by up to 10 days, say researchers of University of Zaragoza in Spain. Some scientists have earlier tried out various methods for fighting bread mold, a kind of fungus, including ultraviolet light, sterile packaging and chemical preservatives. For the study, the scientists prepared active packaging composed of paraffin wax paper with different concentrations of cinnamon essential oil, which has high antimicrobial activity. They injected a common mold species into fresh white bread and stored the bread in either plain wax paper or cinnamon-based wax paper. After three days, the packaging containing six per cent cinnamon oil inhibited 96 per cent of mold growth, whereas the plain wax paper did not prevent mold growth, the researchers say.The cinnamon-based wrapper continued to inhibit mold for up to 10 days.

biological sciences
Matter of the heart

Microscopic particles in polluted air can adversely affect the heart's ability to conduct electrical signals in people with serious coronary artery disease, said researchers of Harvard University in Boston. They studied 48 patients, all of whom had coronary artery disease. Round-the-clock monitors was used to examine electrocardiograms for the conductivity change called an st-segment depression, which indicates inadequate blood flow to the heart. Increased levels of particulate pollution (PM 2.5 and carbon) and sulphur dioxide were associated with st -segment depression. Also, patients recovering from a heart attack had greater changes in st segment depression on electrocardiograms compared to other participants. These findings expand the evidence that air pollution can affect heart health, either through inflaming the heart muscle or through reducing blood flow to the heart.

The level of nutrients determines how many different kinds of plants and trees can thrive in an ecosystem. But a precise relationship between the two depends on the species present in the ecosystem. Biologists from the University of California at Santa Cruz ran a lab experiment to find out how different levels of nutrients affected how many species evolved in an ecosystem. They found the highest biodiversity resulted from a low level of nutrients. Mathematicians from Imperial College London and the University of Bath in the uk then devised a model to show how far the results could be applied to real world scenarios. Their model showed that in some ecosystems higher levels of nutrients led to more biodiversity, opposite to what the biologists found. They concluded that the precise nature of this nutrient-diversity relationship varies from one ecosystem to another, which depends on the complex interactions between species evolving alongside each other. 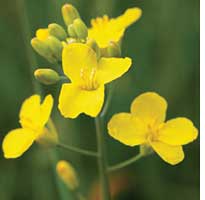 Growing successive crops of plants can clean up heavily polluted soils. But time is a major constraint. Scientists from Ireland may have come up with a solution by combining heavy metal tolerant bacteria with plants used to make biofuels such as oilseed rape. Inoculating plants with metal resistant bacteria provided them with sufficient protection and their seeds germinated better and growth was enhanced. The plant leaves accumulate the metals, the bacteria deal with the contamination, and the plants seem to benefit from some of their activity, the researchers said. The scientists looked at two types of metal tolerant bacteria which colonize the leaves of the oil seed rape plants and one metal tolerant type that lives in the roots of other brassicas (oilseed rape is a member of the brassica family). They found that all three were successful in promoting plant growth.

A new study conducted in Spain suggests that pollution makes children obese. If babies are exposed to common chemicals while still in the womb they may become overweight before they turn 10, the study says. Scientists from Barcelona's Municipal Institute of Medical Research measured levels of a common pesticide, hexachlorobenzene (hcb), in the umbilical cords of 403 children before they were born. They found that those with the highest levels were twice as likely to be obese by the time they were six-and-a-half. The study speculates that hcb can make expectant mothers diabetic, which increases the chances of their children becoming obese.

There is finally a resolution to the disputed issue of whether air pollution increases or decreases pollution. A team of scientists from Jerusalem and Germany said that with rising pollution, the amount of precipitation rises first, maxes out and then falls off sharply at very high aerosol concentrations. Beyond that point, increasing the aerosol load even reduces precipitation further. In areas with high atmospheric aerosol content, due to natural or manmade conditions, the continuation of those conditions can lead to lower than normal rainfall or even drought.