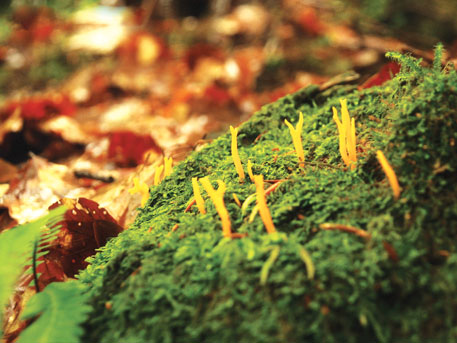 AN INCREASE in human-made carbon dioxide in the atmosphere could initiate a chain reaction between plants and microorganisms that would unsettle one of the largest carbon reservoirs on the planet—soil.Princeton University researchers report in a study that soil—which contains twice the amount of carbon in all plants and Earth's atmosphere combined—could become increasingly volatile as people add more carbon dioxide to the atmosphere. This is largely because of increased plant growth. Although a greenhouse gas and pollutant, carbon dioxide also supports plant growth. As trees and other vegetation flourish in a carbon dioxide-rich future, their roots could stimulate microbial activity in soil that in turn accelerates the decomposition of soil carbon and its release into the atmosphere as carbon dioxide. This effect counters current key projections regarding Earth's future carbon cycle, particularly that greater plant growth could offset carbon dioxide emissions as flora take up more of the gas. Nature Climate Change, December 24

Scientists have created primordial germ cells—that will go on to become egg and sperm —using human embryonic stem cells. Although it had already been done using rodent stem cells, this is the first time it has been achieved efficiently using human stem cells. Cell, December 24

WILDLIFE
They are all related

Researchers from Japan and the US have compared gene sequences from 300 species of ants and found that one-tenth of all ants belong to just one genus, Pheidole. The researchers used these sequences to construct a tree that shows when and where each species evolved into new species. At the same time, they scoured the academic literature, museums around the world, and large databases to aggregate data on where all 1,200 or so Pheidole species live on Earth, creating a range map for each species. Their results suggest that Pheidoles evolved the same way twice, once to take over the New World, and then again to take over the Old World. Proceedings of the Royal Society Series B, December 24

GENETICS
Most cancer due to bad luck

US SCIENTISTShave created a statistical model that measures the proportion of cancer incidence, across many tissue types, caused mainly by random mutations that occur when stem cells divide. By their measure, two-thirds of adult cancer incidence are primarily due to "bad luck," when these random mutations occur in genes that drive cancer growth, while the remaining third are due to environmental factors and inherited genes. Science, January 2