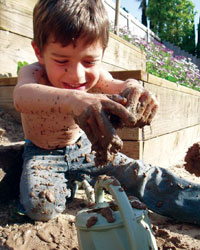 If you stop your children from eating mud, read this. Craving for earth—geophagy—can be one of the natural ways to protect stomach against pathogens. After studying 480 reports and analysing theories that geophagy is driven by hunger and for nutrients in the soil like iron, zinc or calcium the researchers found that protection against pathogens was recurring in the data. The study points out that geophagy is mostly found in women in the early stages of pregnancy and in pre-adolescent children—both sensitive to pathogens. The Quarterly Review of Biology, June 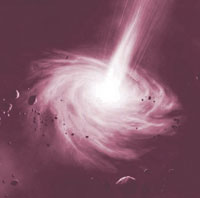 A set of meteorites found from a Canadian lake has provided clue that the chemical ingredients of life may have come from outer space, rather than the earth. Researchers found the meteorites were rich in carbon and contained an assortment of organic matter, including amino acids, which are the building blocks of proteins. But the amounts in each of the meteorites were different. The researchers point out that various fragments had been exposed to different amounts of water. This may account for the difference in amounts of organic matter. Science, June 9 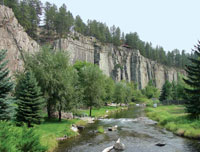 Phycology
Why they bloom

Scientists have long been puzzled by the ability of a slimy algae known as rock snot to bloom in clear, low-nutrient streams like Boulder Creek, leaving thick, slick mats on the stream beds. Now, a team of scientists, has discovered the mechanism that allows rock snot—Didymosphenia geminata—to thrive in areas where other algae grow modestly. The algae takes help of a bacteria. 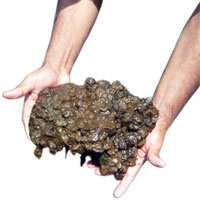 The algae grows in stalks that weave together into mats and adsorb phosphorous and iron from the water. Even though phosphorous might be hard to come in low nutrient streams, the bacteria enables the algae to hone in on phosphorous and concentrate it.

After this the bacteria interacts with iron to increase the biological availability of phosphorus. This makes abundant phosphorus available for cell division of the algal cells. Geophysical Research Letters, May 28 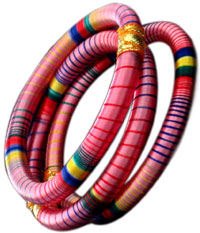 For long the business of silk remained in China and India where the silkworm—Bombyx mori —was selected and grown. It is easy to reel in silk from B mori pupae as it only needs submersion in hot water to soften the thread. There are also wild silkworm which can be a source of silk but they have not been exploited as their cocoons are heavily mineralised.

Now chemists have devised a way to wash away the mineralised deposits.They treated the mineralised thread with ethylenediaminetetraazcetic acid (edta). The treatment leaves the gum—important for silk reeling— intact while removing the hardened mineral deposits. Biomacromolecules, May 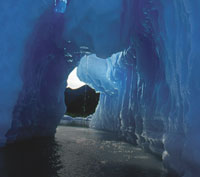 In a first of its kind study, scientists have used a computer model, to study how freshwater entering the oceans from melting ice sheets at the end of the Ice Age 140,000 years ago affected ocean currents. The researchers found that compared to a large influx of freshwater from a river or melting glacier, the collapse of an ice sheet into icebergs has a smaller initial effect on the ocean circulation. But the effect lasts longer. This happens as icebergs breaking off from a collapsing ice sheet move large distances as they melt over time and distribute freshwater over a larger area. Paleoceanography, May 11

Even healthy bee colonies harbour an array of viruses and bacteria. The researchers watched 70,000 healthy bee hives for more than 10 months. They found the hives were host to several viruses at each time when observed. These included 27 viruses which have been implicated for colony collapse disorder. The researchers thus say they may not be the culprit for bee deaths and the reason may lie somewhere else. The team also discovered four new viruses and a single-celled parasite never identified before. PLoS One, June 7

Air and water meet over surface of waterbodies on earth. But there is no clear demarcation exactly where one ends and the other begins. Between the two is a thin layer of air water interaction. Scientists have found this thin layer has weaker hydrogen bonds; some water molecules exist both as gas and liquid. Here a hydrogen atom is in water and the other vibrates freely. Interactions between the water surface and the air are important for environmental chemistry. Nature, June 8

Environment
Where carbon is locked

Using satellite data, nasa researchers have created the most precise map of the the amount and location of carbon stored in the Earth’s tropical forests. They found most of that carbon is stored in the forests of Latin America. The data will provide a baseline for ongoing carbon monitoring and serve as a useful resource for managing the greenhouse gas carbon dioxide. They found forests in Latin America, sub-Saharan Africa, and Southeast Asia accounted for 49 per cent, 25 per cent and 26 per cent of the total carbon stock respectively. PNAS, May 5

The recent infestation of trees by mountain pine beetles in Colorado’s lodgepole pine forests could trigger earlier snowmelt. But this does not help water availability as dead trees do not absorb water and conserve it. The water is lost as runoff. The researchers compared the amount of snow that piled up on the ground under live trees to the snow depth under two kinds of dead trees: those that still had red pine needles on their branches and those that had lost all their needles. They found that the snow accumulation under the dead, needleless trees was 15 per cent more than the snow under both live trees and dead trees in the “red phase”. They also found that the snow under trees in the “red phase” melted a week earlier. This happens as trees without needles allow more sunlight through the canopy, and dead needles on the ground absorb sunlight. Ecohydrology, May 8

Researchers have identified the effects of continuous exposure to the controversial chemical Bisphenol A (bpa) through diet. It is present in plastic film used to line cans or in plastic bottles. Till now experimental animals were given a single oral bpa dosage. They found the activity of bpa from the diet differed from the oral dosage. It reached the highest within an hour in the oral dosage while that from diet took hours. There was also an increase in the active form of bpa, which can bind to sex steroid receptors and cause mutations in genes. Environmental Health Perspectives, June 6