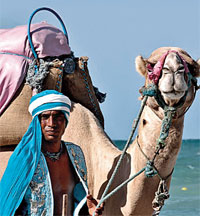 HEALTH SCIENCE
Blame it on camel
Dromedary camels could be responsible for passing the deadly Middle East Respiratory Syndrome (MERS) coronavirus, which emerged last year, to humans. Antibodies to MERS have been detected in the blood of camels from Oman and the Canary Islands, proving that the virus has been circulating in the animals. This is the first confirmation of MERS infection in a species other than humans. The virus first emerged in the Middle East last year. So far, there have been 46 MERS deaths, all in the Arabian Peninsula. The finding may help develop preventive measures for the infection. 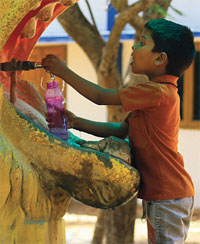 We need to eliminate only certain bacteria to keep water clean. Harmless bacteria cling inside water pipes as biofilms. These films act as a safe place for harmful bacteria to hide before getting released in water. But it is only in presence of some bacteria, like Methylobacterium, that a biofilm can be formed. Targeting these bacteria can cut biofilm formation, thus, keeping harmful bacteria out of water pipes. This would help cut the amount of chemicals required to clean water for supply. Water Science & Technology: Water Supply, August 1

Worried about your caffeine intake? Now you can find out in a jiffy how much caffeine is present in your coffee mug. A new fluorescent caffeine sensor lights up like a traffic light when it detects caffeine: green for low, yellow for moderate and red for high caffeine content. All you need to do is place a coffee drop onto the detection kit and shine a green laser light onto it. The coffee would change colour depending on the amount of caffeine. The device can help heavy coffee drinkers avoid a caffeine overdose, which can cause anxiety and insomnia.Scientific Reports, July 23

An exoplanet has been found that orbits its parent star in just 8.5 hours. Earth, in comparison, takes 365 days to orbit the sun—the time that we call a year. The Earth-sized exoplanet named Kepler 78b is located 700 light years away and its surface temperature has been estimated to be as high as 2,760°C. The top layer of the planet is likely completely melted, creating a roiling ocean of lava. It is about 40 times closer to its star than Mercury is to our sun and has one of the shortest year-length ever detected. Scientists hope to be able to measure its gravitational influence on its star to measure its mass. This would make it the first Earth-sized planet outside our Solar System whose mass is known. The Astrophysical Journal, August 16

The protein that plays a key role in how plant roots use water and nutrients has been identified. Endodermis or the inner skin of the plant root cells helps control the movement of water and nutrients from roots to other parts of the plant. This is achieved through Casparian strip made of lignin. The strip helps plants tolerate salinity, drought and flood stress, too. How it forms has, however, been unknown. Now it has been found that ESB1 protein is responsible for lignin deposition on the Casparian strip, a process that helps the band grow and aid plant response to various stresses. Manipula - ting ESB1 gene can help devlop sturdy plants. PNAS, August 12 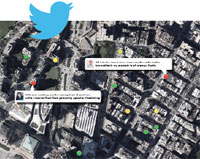 People who tweet about everything, from where they are dining to how they are feeling, might not be a nuisance anymore. A tool, known as nEmesis, has been developed that analyses millions of tweets to figure out which eateries are most likely to give you food poisoning. The service works by listening to people whose tweets are tagged at verified restaurant locations for 72 hours. During that time, if the person reports being sick, nEmesis tags that location. It is based on an algorithm that can identify relevant tweets, like mention of stomach ache, which suggest that the person has contracted a food-borne illness. Nature Communications, August 9

Even if it has anti-virus software, your computer can be attacked by a new virus if the attack occurs before your next antivirus update. However, a virus detection method has been developed that can identify and remove malware of which it has no prior knowledge. A built-in defence in this software helps it act as a third protection layer on top of known-viruses and heuristic scanning. This is done using an algorithm to differentiate between harmless programs and a malware. The new approach identifies a virus based on difference in the rate at which a normal and a malicious software code uses various operating system functions.International Journal of Electronic Security and Digital Forensics, September 1 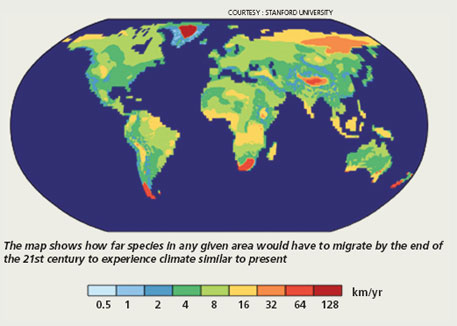 Now there is all the more reason to keep your kids off sweetened soda. It has been found that US children who consume four soft drinks a day are more likely to be violent and moody and have difficulty concentrating. Such children are far more aggressive compared to children that do not drink soda and are more prone to destroying toys and other belongings, attacking other children and getting into fights. Teens who drink over five cans of soft drinks every week have also been found to be more likely to carry a weapon and act violently.The Journal of Pediatrics, August 19 (online) 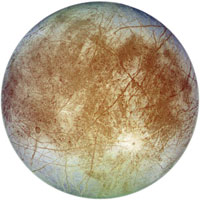 ASTROBIOLOGY
We are not alone

The icy surface of Europa, one of Jupiter’s four largest moons, could be hiding a massive ocean of water. In fact, it could have twice as much water as Earth does. The ocean surface of Europa is frozen due to its distance from the sun. New research suggests that there is plenty of oxygen available in the subsurface ocean to support oxygen-based metabolic processes for life similar to that on Earth. There are plans to send a lander to Europa to determine whether it is habitable. Astrobiology, August 14