Filter socks, or mesh tubes filled with composted bark and wood chips, are used to capture silt, heavy metals and petroleum products washed into nearby streams. But they fail to remove dissolved fertilizers and coliforms. Scientists said this can be done by adding coagulants to compost. The agents help improve their efficiency up to 99 per cent.

The conventional syringe vaccination could soon be replaced by a patch of microscopic needles one can stick on one's arm with no medical supervision. When pressed against the skin, the needles filled with vaccine would penetrate deep enough to dissolve in the body fluid and deliver the vaccine without pain. There is no hazardous waste left as in the case of conventional syringes, nor any risk of their reuse. While its easy application avoids the need of technicians, the dry formulation of the vaccine enhances its distribution and storage, simplifying large-scale immunization programmes and vaccination during pandemics. Experiments on mice further showed microneedles vaccinations are longer lasting than injections delivered by syringe. 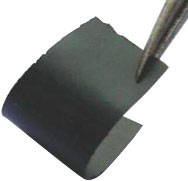 Super-thin sheets of carbon called graphene can help fight bacteria that spoil food or cause smelly feet. Since its discovery in 2004, the one-atom thick material has been widely used in solar cells, computer chips and sensors. Scientists recently discovered that graphene also affects living cells and acts against bacteria. To understand its properties, they prepared sheets of graphene oxide and tried to grow E coli bacteria and human cells on them.

Bacteria were unable to grow on the sheets. Human cells, on the other hand, grew well on the graphene oxide sheet, indicating that the material does not harm human body. Since graphene can be mass-produced from graphite and easily processed at a low cost, it could be useful in hygiene products or packaging to keep food fresh for longer. 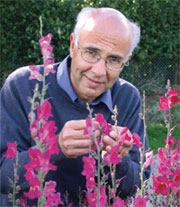 Every time a plant breeder mates plants, it is a gamble. The progeny could inherit the best traits from the parents or the worst. Years of observation shows they manage to get the best. Scientists tried to explain this by studying flower shapes in closely related species of snapdragons. They found the large variation in gene activity for each trait in close species is responsible for the phenomenon.

Under natural mating, gene variations in close species cancel each other out. Mating with different species, like that facilitated by breeders, brings in new variations which cannot be cancelled out.


HEALTH
A sunbath for brain

Vitamin D is a must for strong bones, and for a healthy brain. Scientists have found continuous low levels of the vitamin, usually produced in skin by sunlight, increases the risk of Parkinson's disease. Low levels of vitamin D causes loss of brain cells that regulate the central nervous system and results in impaired movement and speech. 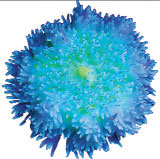 Microscopic fungi, oomycetes, caused the Great Hunger in Europe in the 1840s. Known as agricultural scourge, oomycetyes are capable of causing diseases, such as potato and tomato blights and sudden oak death, that are difficult to treat. Scientists have discovered the way it invades the plant cell.

As an oomycete comes in contact with the host cell, it secretes a protein, effector, which binds to the lipid molecule on the cell surface. The lipid molecule acts as a raft and ferries the effector into the plant cell where it disables the cell's immune system. The oomycete then spreads unchecked and unleashes disease. The scientists suggest covering the lipid or effector surface with inhibitors preventing bonding would help protect plants from diseases.


CHEMISTRY
A crystal to catch CO2

Scientists have improved the design of an artificial crystal, doubling the amount of CO2 it can absorb and store. Dubbed crystal sponge, metal-organic framework (MOF) has nanoscale pores that can absorb and store gases. Scientists have improved the porosity of the material and developed MOF-177 and MOF-200. One gramme of MOF-200 when unravelled would cover several football fields, meaning this is the space available for gases to assemble. Scientists hope such materials can be installed as emission caps and help capture greenhouse gases before they reach the atmosphere and cause global warming.

ANTHROPOLOGY
Love in times of contraceptives 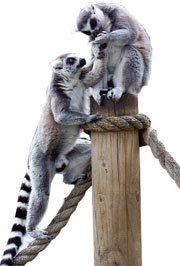 Hormonal contraception is responsible for the rising aggression among ringtailed lemurs in zoos. The animals use odour cues to determine their identity, mood and sexual power and thereby relate to one another. Hormonal contraception interferes with hormones regulating scent glands and alters their odour cues. As a result, scientists observed, male lemurs were less interested in females treated with contraception.

This changing interaction could be the reason for rising aggression. The scientists plan to study if these findings are relevant for humans who also send and receive olfactory cues about possible compatibility.

Proceedings of the Royal Society B, July 28

NASA has prepared a map detailing the location and extent of the world's oceanic dead zones—regions where oxygen depletion stifles marine life. Covering 40 million hectares, the total area appears to have snowballed since first recorded in 1970. Usually caused by agricultural runoff, there were about 200 dead zones in 2006. The number has since doubled and is set to increase further. The map also identifies areas where particulate density is higher, meaning the forming of new dead zones has begun. 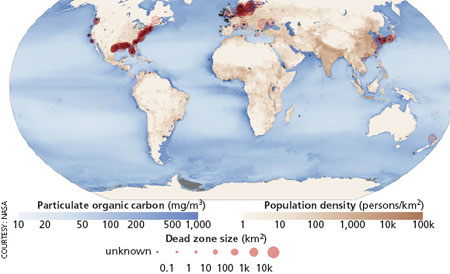