The bed bug menace is on the rise. This prompted scientists to inquire why they are becoming resistant to chemicals. In the first genetic study of the pest, they found it generates higher levels of enzymes that can detoxify poisons.

Lab tests showed bedbugs can survive pesticide levels a thousand times greater than a decade ago. The study can help identify genes linked to pesticide resistance and devise control methods. PLoS One, January 19 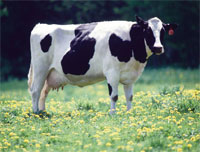 The digestion process of cows maligned for contributing to global warming could lead to cheaper production of biofuels. Researchers have identified the genes of microbes responsible for the breakdown of plant material in cow’s digestive tract. These microbes can replace the expensive processing of biomass to produce sugar. Biofuel production has also been linked to global warming. Science, January 28 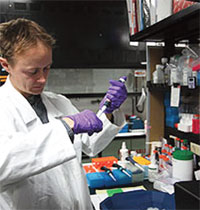 Algae now have an extended family. Biologists have identified a new family of algae that inhabits both ocean and freshwaters. These algae may prove crucial to forecasting the effects of climate change. Algae are known to absorb up to 50 per cent of the world’s carbon. Named rappemonads, they exist in habitats with temperatures ranging from 11°C to 26°C, like in north Pacific. The first clue to the existence of the microscopic life form showed up in an unexplained strand of DNA in sea water samples collected in the 1990s by University of Hawaii researcher Michael Rappe. The algae has been named after him. PNAS, January 4

It is not so easy for microbes living in salty waters to survive the harsh conditions. They follow a longer pathway than usual to synthesise the building blocks of their cells. Traditionally, microbes follow two pathways to build their cells—glyoxylate cycle and ethylmalonyl-COA pathway.

But the microbes that thrive in salty settings like the Dead Sea use methylaspartate cycle. One of the cycle’s intermediate compounds limits the effects of osmosis and helps in water retention.

The process came to light when it was found that the microbe, Haloarcula marismortui, did not use any of the two pathways as it lacked required enzymes. Science, January 21 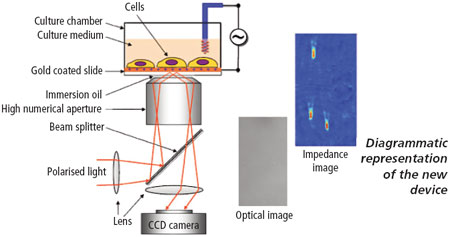 It is well known that broccoli, cauliflower and their cruciferous cousins can fight cancer, but how was unknown. Now researchers have solved the mystery. 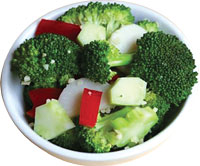 The vegetables have a protein, isothiocyanate, that supresses defective p53 gene in human cells.

These defective genes are responsible for abnormal cell growth— hallmark of cancer. p53 gene plays a key role in keeping human cells healthy. The study could lead to new strategies for prevention and treatment of cancer.
Journal of Medicinal Chemistry, January 11 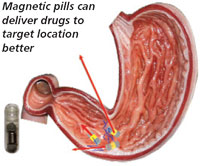 Doctors will now be able to deliver drugs to the target location more precisely, thanks to a new magnetic pill system. Scientists have created gelatin capsules containing miniature magnets that can be moved around or held in place within the gastrointestinal tract by an external device to ensure maximum absorption into the bloodstream. This could help identify areas of the intestine that are most absorbent of different drugs and enhance treatment options for diseases such as cancer and diabetes. PNAS, January 21

Computers have separate volatile and involatile memory. Involatile memory (USBS and flash drives) allows us to save information for extended periods of time, while volatile memory (RAM) requires constant source of power to do so and is faster. Now researchers have developed a unified device, called double floating-gate field effect transistor, which combines the advantages of both the memories.

It stores data as electric charge and, unlike involatile memory that uses single floating gate to store the charge for long-term data retention, utilises two gates to store data and give high transfer speeds to read data. This can change the way we store information. IEEE’s Computer, February 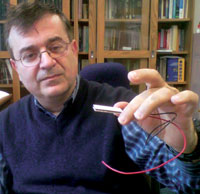 A new nanomaterial could pave the way to capture and recycle waste heat better. The material converts a record 14 per cent of the waste heat to usable electric energy. It is made by putting nanocrystals of rock salt into lead telluride. This is not the first attempt of nanoscale inclusion in bulk material to improve waste heat conversion performance of lead telluride. This material does better by using nanostructures to reduce electron scattering responsible for low conversion efficiency. Current devices that convert waste heat into electricity have efficiency between 5-10 per cent. Nature Chemistry, January 16

Researchers have produced the first map outlining the ease of water flow through the planet’s porous surface rocks and sediments. They confirmed that permeability is controlled by the type of rock in the area. Areas with sands and gravels will have the highest permeability and regions with shales will have very low permeability.

The map can help improve water resource management and provide insights into geological processes like earthquakes and erosion. The team used worldwide lithology (rock type) results from University of Hamburg and Utrecht University in the Netherlands to map permeability to depths of 100 metres.
Geophysical Research Letters, January 21