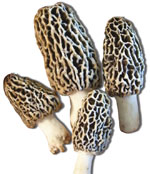 They are prized by gourmet cooks and are harbingers of the spring. Morels are the main ingredient of French cuisine. The first detailed genetic analysis of the mushroom has shown that they have existed since the time of the dinosaurs, splitting off from other fungal species 129-million years ago at the beginning of the Cretaceous period. Since then these honeycomb capped fungi have evolved into 177-related species, and western North America has been their evolutionary hot spot.

The rising atmospheric carbon dioxide has forced the plants to change their structure. Comparing a variety of contemporary plants growing in Florida with museum samples and peat bogs dating back 150 years, ecologists found that as the amount of carbon dioxide increased, the number of pores called stomata on plants’ leaves decreased. They see the change as a response to tackle dry times ahead.

The measurement of nanoparticles is now possible. Scientists have developed an instrument which can detect individual nanoparticles and measure their size. It can measure diameter as small as a few tens of nanometers. The device opens avenues for nanoparticle analysis and can be utilised in water analysis, pharmaceutical development, and biomedical areas. The device detects the tiny particles, suspended in fluid, as they flow one by one through the instrument at rates estimated to be as high as half a million particles per second. It also measures the volume of each nanoparticle, allowing for rapid and precise size analysis of complex mixtures.

Apple’s have yet again lived up to their promise of keeping doctors away. Scientists have linked the fruit with a longer life. Fruit flies, which share many genes with humans despite the ir tiny size, were either fed normal diet or had an apple slice added to it. Those fed normal diet lived an average of 50 days— five days fewer than th ose who had apple. They also fou nd it easier to walk, climb and move as they aged. The researchers say the antioxidants in the apple are responsible for this effect. The apple also brings down levels of various biochemicals found in older flies and linked to age-related deterioration.

These are used to lift human spirits. Now scientists from Japan have shown that alcoholic drinks such as red wine can also help induce superconductivity in metals. They found that immersing pellets of an iron-based compound in heated alcoholic beverages for 24 hours greatly increased their superconducting ability. Usually, iron-based compounds exhibit this property after being exposed to air but it takes a very long time. The new method induced superconductivity in a day.

The iron-based compounds were immersed in red and white wine, beer, Japanese sake, shochu, and whisky. They were then heated to 70°C for 24 hours. Red wine induced the best superconducting properties. 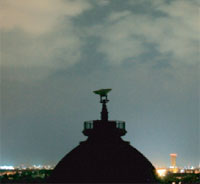 The cycle of night and day affects the metabolism, growth and behaviour of life on the earth. Artificial light in urban areas has been shown to disrupt these processes. Cloud cover plays a role in the amount of light in an area. Researchers measured the effect of clouds on sky luminance. They found the cloud amplifies sky luminance by a factor of 10.1 inside Berlin city and by 2.8, 32 km away from it. Overcast ni ghts inside the city are brig hter than clear rural moonlit nights by a factor of 4.1.

Tired of pricking your finger every time you have to test the glucose level in blood. Here is some relief. Scientists have developed a self-monitoring sensor that uses tear fluid to indicate glucose levels in the blo od. It is as accurate as a test using blood sample. People with diabetes have to monitor their glucose levels regularly, but shy away from it bec ause of the pai nful task of pric king their finger. The new device can be dabbed in the corner of the eye, absorbing a tear fluid. 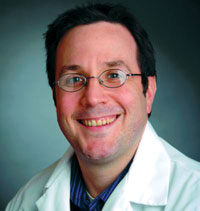 Using an inexpensive drug normally used for malaria and rheumatoid arthritis, health scientists have slowed the growth of pancreatic tumours in mice. The pre-clinical results have already prompted a small clinical trial in patients with advanced pancreatic cancer, one of the deadliest and hardest- to-treat cancers. The drug, hydroxychloroquine, is inexpensive and widely available. It is a form of the drug chloroquine. The compounds of the drug have been shown to cure cancer as they inhibit autophagy (self-eating) that cancer cells use to shield themselves from treatment.

Brace yourself for the next generation Internet. A new laser device could make computing faster and reliable. Lasers are used to read and write information on the discs. The newly designed miniature laser diodes emit more intense light. The light emits a single wavelength, making it ideal for use in CD players, laser pointers and optical mice, in addition to high-speed data transmission. Until now, the biggest challenge has been the failure rate of these tiny devices to transfer data at higher speeds. They crack under stress. But the new device does not. By using the tiny lasers in optical clocks, the precision of GPS and high-speed wireless data can also be increased.

The fears have come true. It was long-suspected the countries that produce the least greenhouse gases per-capita also tend to be the most vulnerable to climate change. The first global map of human vulnerability to climate change proves the same. The scientists used climate change data with censuses covering close to 97 per cent of the world’s population.

They found the most vulnerable are the people living in low-latitude, hot regions of the world, like central South America and much of Africa. The model will make it possible to predict more accurately and map out the effects of climate change in specific regions across the globe.