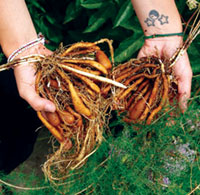 Cancer treatments often have the side effect of impairing the patient’s immune system. This can result in lifethreatening secondary infections from bacteria and fungi, especially since bacteria like Staphylococcus aureus are becoming multi-drug resistant. A team of Indian researchers have found that asparagus, desert date and fenugreek contain antibiotics that can fight infections in such patients. They tested extracts from the plants on microbes taken from oral cancer patients. The researchers hope the herbal remedies may help develop new treatments for Methi cillin-resistant Staphylococcus aureus. Annals of Clinical Microbiology and Antimicrobials, May 20 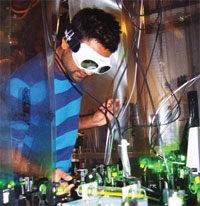 Scientists for decades have been trying to figure out the shape of electrons. Now they have made the most accurate measurement of its shape. They found that it is almost a perfect sphere. The experiment suggests that the electron differs from being perfectly round by less than 10-27cm. The team studied the electrons inside Ytterbium Fluoride. The results can help find antimatter, an elusive substance with particles having opposite electrical charge than matter. Nature, May 25 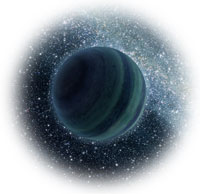 Astronomers have found a new class of planets that float freely in space. These were ejected from developing planetary systems and move around without being affected by the gravitational pull of any star.

Till now it was predicted that such planets exist. Now they have been discovered and could hold important information about planetary formation and evolution models. The 10 free-floating planets are thousands of light years in the direction of the central bulge of the Milky Way. Nature, May 19 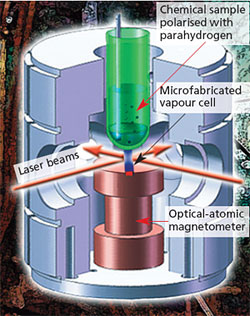 Nuclear magnetic resonance (NMR) is a popular technique used to analyse the properties of alloys, metal. But it requires large, expensive superconducting magnets. Now scientists have developed a method that does away with these magnets. NMR exploits the fact that many atomic nuclei possess spin and have their own dipolar magnetic fields.

In the new method a chemical sample is polarised by introducing hydrogen gas in parahydrogen form. The sample’s NMR is measured with an optical-atomic magnetometer, at centre; laser beams crossing at right angles pump and probe the atoms in the microfabricated vapour cell. Magnetic resonanace imaging used to analyse human tissues also works on the principle of NMR. Nature Physics, May 1

A new form of activated graphene— three dimensional porous carbon—can yield better supercapacitors. Both supercapacitors and batteries store electric charge. Supercapacitors store charge in the form of ions but hold less charge. This limits their use to mobiles. The new graphene soaks electric charge at a faster rate and can be used in electric vehicles. To create it, the scientists used microwaves to exfoliate grap hite oxide and then treated it with potassium hydroxide. This restructured the graphene to yield a carbon full of tiny holes. Batteries store charge through chemical reaction and release the charge over a period of time. Science, May 12 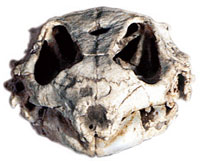 Around 200 million years ago, all land on Earth was part of Pangaea (a supercontinent existing during the Paleozoic and Mesozoic eras). There was enough space for the animals to roam, yet they congregated to regions.

While mammals lived in areas where there were rains twice a year; reptiles stayed in areas where rains came just once, a study of fossils showed. Researchers say this was so because mammals excrete more water. The findings are important because climate change and resulting decrease in rains is likely to affect mammal populations. PNAS, May 13

Nobody is sure of the cause of Alzheimer’s, Parkinson’s and other neurodegenerative diseases. Now scientists have suggested that excess of iron and copper may be the culprit. High levels of these metals function as a double whammy in the brain.

Since they are not bound by proteins in the blood, they generate large numbers of the DNA-attacking reactive oxygen species. Normally DNA-repair enzymes correct the damage but these metal ions interfere with the machinery of DNA repair. Journal of Alzheimer’s Disease, May 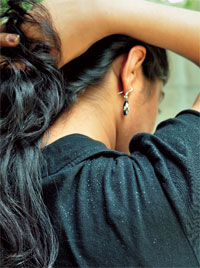 Next time you curse the dandruff, think twice. You may be missing an opportunity to reduce pollution. A study has found that the human dead skin can reduce indoor pollution by up to 15 per cent. We all shed about 500 million cells of skin every day. These skin flakes contain cholesterol and squalene. They can absorb indoor ozone, a pollutant that irritates the eyes, nose and throat and exacerbates asthma symptoms. Environmental Science & Technology, May 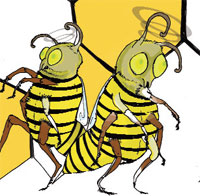 A study has for the first time shown how mobile phone radiation affect honeybees. The bees get confused by the electromagnetic signals from cell phones. This leads to an increase in bee activity, causing accidental swarming as the bees struggle to communicate above the noise. The researchers figured this out by placing cell phones next to beehives. This resulted in a tenfold increase in the signal that informs worker bees to leave their hives. The increased activity also indicates that the swarm is in danger. Apidologie, May 15

Scientists have prepared the first large set of observational data of the 9.0 Tohoku-Oki earthquake and resulting tsunami that struck Japan on March 11. They found that the length of fault that experienced significant slip during the quake was about 250 kilometres, about half of what would be expected for an event of this magnitude. The amount of strain associated with the quake’s displacement was five to 10 times larger than normally seen in large megathrust quakes. Science, May 19