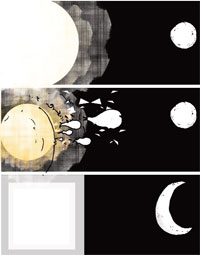 Violent solar storms can strip off the moon surface of 100 to 200 tonnes of lunar material. This is equivalent to 10 dump truck loads. These solar storms could also cause atmospheric loss on planets like Mars that are unprotected by a magnetic field. This has been predicted by a first ever study of the effects of solar storms and eruptions of solar plasma, coronal mass ejections (CMEs), using computer stimulations. Presented at American Geophysical Union meeting, December 5 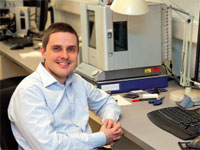 Silicon is indispensable for telecommunication but it has disadvantages. Silicon layers start to oxidise at anything less than two nanometres in thickness, making them useless as electronic components. Now scientists have created a microchip from molybdenum disulfide (MOS2), a relatively abundant, naturally occurring mineral. It can be worked in layers three atoms thick, making it possible to build chips that are three times smaller. The material is stable at this scale. It is also more efficient and can be turned on and off more quickly. ACS Nano, November 10

Zoology
Survival of the incestuous 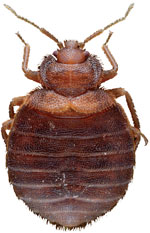 Inbreeding may be the secret to the bedbug’s recurrence. After nearly disappearing in the United States, the bloodsucking pests have made a comeback in recent years, quickly infesting apartment buildings and stubbornly resisting common insecticides. Scientists say a single mated female bedbug starts the infestation. She gives rise to offspring and those offspring mate with each other and with their mother. Close inbreeding in many animals can result in deformities but not in bedbugs. Presented at American Society of Tropical Medicine and Hygiene conference, December 6 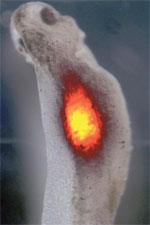 It may sound bizarre but researchers have created a tadpole that has an eye growing in its gut. It was achieved by genetically manipulating the membrane voltage of cells in the frog embryo. The hypothesis is that for every structure in the body there is a specific membrane voltage range that drives organogenesis. To create the eye the voltage gradient of cells in the chosen area was changed to match that of normal eye cells. This suggests that cells from anywhere in the body can be driven to form an eye. The findings also pave way for a new control mechanism that can be used for regeneration or transplantation of organs. Development, December 20

It was thought that particles in emulsions reach equilibrium instantly. But it has now been shown that the process may take months or even years. Researchers say the finding will have no affect on any time-tested food formulations. But may have relevance for newer products like nano emulsions, which rely on precise predictions of the particle behaviour. Nature Materials, December 4 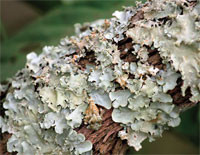 A red dye derived from lichens has been used long as the colouring agent in food and fabrics. This dye contains a compound called orcein, and it has now been discovered that it can help fight Alzheimer’s disease. The compound is able to reduce the number of small toxic protein aggregates thought to be the cause of neuronal dysfunction and memory loss in Alzheimer’s disease. The compound chemically binds with these aggregates, converting them into large, mature structures called plaques, which are non-toxic and benign to neurons. Nature Chemical Biology, December 2 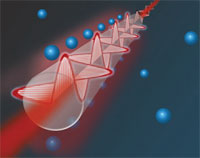 Fibre cables are irreplaceable for the Internet. Now they can be used in quantum physics labs too. Scientists have developed an ultrasensitive method to study individual atoms. It paves the way to develop detectors that are capable of sensing ultra-trace amounts of materials. In the method, light waves are made to intermingle with fewer numbers of atoms. The waves change with every single atom they cross. By measuring the modifications, the number of atoms and their properties can be ascertained. Physical Review Letter, December 7 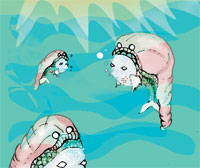 Schistocephalus solidus, a parasitic worm that infects fish, has been found to grow much more rapidly at higher temperatures. Moreover, the parasites drive changes in the fish by actively manipulating levels of neurotransmitters in its brain. Thus the fish infected with the worms showed a preference for warmer water. This is the first evidence that global warming affects interactions between parasites and their hosts. Global Change Biology, November 30 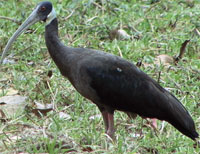 It is not just humans who are dependent on agriculture for their survival, animals need it too. A study has found the natural habitat of a number of species is farmlands and that they are at risk of extinction without them. The researchers cited the white-shouldered Ibis in Cambodia, the sociable lapwing in Kazakhstan, and the liben lark in Ethiopia as those who rely on farmlands. They say these animals greatly benefit from the traditional agricultural practices that promote low ecological impact and conservation should focus on farmland too. Conservation Letters, December 4

Though significant progress is being made in the fight against malaria, it might just not be enough. A new malaria map, which is the first to identify on a global scale the spread of long-lasting and potentially deadly malaria, shows the disease still has a firm foothold in large swathes of South Asia and parts of Latin America. Among the hot spots for the Plasmodium vivax malaria are substantial parts of India, including major urban areas like Mumbai, where malaria was previously uncommon and thought to be a rural disease. Scientists say the map will help understand just how difficult it is going to be to eradicate malaria. Presented at American Society of Tropical Medicine and Hygiene conference, December 5