Typical compact discs (CDs) store 600-700 megabytes (MB) of digital data. A new technology can now help develop CDs that can hold 2 terabytes or 2,000,000 MB of data. Instead of packing more data on the surface, the idea is to make an optical film with 64 data layers.

This film would be pasted onto the same plastic base that CDs are built on. A new type of reader would be needed to read data from these layers. The discs would be simple, economic and fast. They would be an alternative to energy-wasting magnetic discs or cumbersome magnetic tapes. The discs are aimed at storing data that is not needed everyday. Nature, September 26

River Thames has the highest number of invasive species among all freshwater systems in the world. A study has found that 100 freshwater species not native to the UK, like goldfish, are present in the second largest river of the country. Researchers blame globalisation and shipping activity for the invasions that cost £1.7 billion every year to British economy.

They fear this would lead to massive changes in the biodiversity of the river system and seek strict laws to control the invasive species. Biological Invasions, October 4 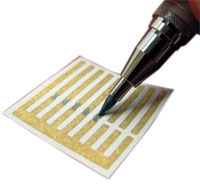 Carbon nanotube sensors can detect harmful gases but production of these sensors involves hazardous chemicals. Researchers have now devised a simple and safe alternative to these sensors. They have designed a pencil in which graphite is replaced with a compressed powder of carbon nanotubes.

The pencil can inscribe these nanotubes on a paper surface imprinted with small gold electrodes, turning the paper into a gas sensor. All one needs to do to detect a gas is to pass an electric current through this paper. If a harmful gas is present in the surrounding environment it gets bound to the sensor and the value of the current gets altered. Angewandte Chemie, October 22

One-atom thick graphene membranes with tiny pores can efficiently filter gases. This is the finding of a study that suggests it can be used in the natural gas industry and to cut carbon dioxide emissions from power plant exhaust pipes. Graphene, a single layer of graphite, is the thinnest and strongest material, impermeable to all gases. This makes it an ideal material for a separation membrane. Researchers made nanoscale pores in graphene by oxidative etching using ultraviolet light. They then measured the permeability of gases like hydrogen, carbon dioxide, argon, nitrogen and methane across the membrane. It was found that the mesh can separate different gases based on the size of their molecules. Nature Nanotechnology, October 7

ZOOLOGY
One of a kind

The lions at the Addis Ababa zoo in Ethiopia are different from all lion populations in Africa and Asia. It has long been noted that these lions have a large, dark mane, extending from head to the belly, unlike other lions, and are also smaller. But why is this is so was not known.

A study has now shown that the DNA of the Ethiopian lions is very different from that of lions of all other breeds; this is what makes the them different. Researchers say the males at the zoo are the last existing lions to possess this distinctive mane and immediate conservation efforts are needed to preserve their population. European Journal of Wildlife Research, October 1

Over 15 per cent of children suffer with eczema, an inflammatory skin disease. It occurs when T cells, that provide immunity, invade the skin and secrete factors that produce a lipid, leukotriene B4. This lipid calls in neutrophils and more T cells, that cause severe inflammation of the skin. A study has found that stopping the secretion of leukotriene B4 can be a line of treatment against the disease. This will stop excessive production of neutrophils and T-cells, reducing inflammation. Immunity, October 11

Carbon dioxide levels continue to rise across the globe despite several emission reduction policies. Researchers have now developed a software system, Hestia, which can estimate greenhouse gas emissions all the way down to roads and individual buildings. Currently, scientists can quantify emissions at a much broader level. The software combines public databases with traffic simulation and building-by-building energy-consumption models to provide a complete picture of where, when and how emissions are occurring. This information can help develop cost-effective ways to cut emissions. Environmental Science and Technology, August 15 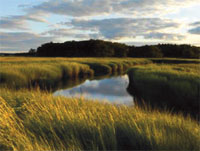 Excess is bad. Even of a nutrient. A study has found that nutrient enrichment in coastal areas, due to extensive use of fertilisers having nitrogen, is killing the salt marshes. These marshes are ecologically important and provide storm protection to coastal cities. High concentration of nitrogen, a plant nutrient, makes the soil water level go up and decreases the density of bank-stabilising roots. This alters the marsh ecosystems, making them slump into the sea. Increasing use of fertilisers can reduce the capacity of salt marshes to offer ecological and economic services. Nature, October 18

The evidence for this is that the matter of massive galaxies is getting more concentrated towards their centre. Previous studies have shown that the only mergers that can lead to such mass distribution are collisions between large galaxies.

To reach the conclusion, astronomers studied 79 lens galaxies, that lie between the Earth and distant galaxies and bend the light falling upon them , forming a ring. The size of this ring helps determine the distribution of mass in the lens galaxy. The Astrophysical Journal, September 6

A group of genes called Rhg1 has been used to make millions of soybean crops worldwide resistant to the plant’s most important pest: cyst nematode. Till recently, little was known about how the structure works. A study has now shown that Rhg1 houses three genes that work together to confer nematode resistance. A single copy of Rhg1 does not make the plant resistant; plants with 10 or more copies of this three-gene structure grow well in a field infected with the nematode. The pest causes over $1 billion losses in US soybean yield every year. Till this study it was thought only microbes and fungi possess copies of genes lying next to each other and controlling the same trait. Science, October 11