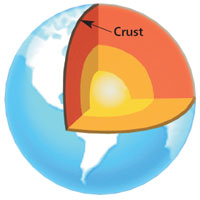 “Stable” zones of the earth’s crust might not be so stable. These zones are more likely to cause massive earthquakes. It was thought that “stable” zones, where fault segments of the crust slip slowly, act as barriers to earthquakes and fast-slipping faults trigger them.

But it has now been found that the stable segments behave differently when a quake rupture penetrates them. Instead of arresting the rupture as expected, they can actually join in and make the quake larger.

This is how the magnitude 9.0 earthquake might have occurred in Japan in 2011, triggering the devastating tsunami. The finding can help identify earthquake-prone regions better. Nature, January 9 (online)

HEALTH SCIENCES
Toxin in the brain

Pesticides’ link to Parkinson’s disease has been reconfirmed. Benomyl, a fungicide banned in the US 10 years ago, has been found to block a vital enzyme that prevents a naturally occurring toxin, known as DOPAL, from accumulating in the brain. This damages the neurons in the brain, increasing Parkinson’s risk.

Those who lived or worked within 500 metres of farms where benomyl had once been used have been found to have a 200 per cent higher chance of getting the disease. The study can help understand the mechanisms of Parkinson’s onset better. PNAS, January 8 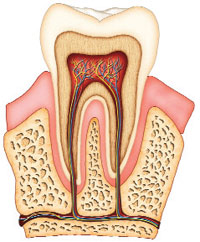 Three out of every four people across the globe suffer from teeth sensitivity. Dopamine, the natural glue produced by mussels for sticking to surfaces, can help cure the problem. The condition occurs when the hard enamel and underlying softer dentine of a tooth wear away, exposing the nerves inside.

It has been observed that cracked dentin and enamel get repaired if damaged teeth are kept bathed in sticky polydopamine and minerals for a week. In contrast, teeth bathed just in minerals reform only enamel. The sticky substance works by keeping minerals in close contact with dentin and enamel long enough for the rebuilding to occur. ACS Applied Materials & Interfaces, December 26 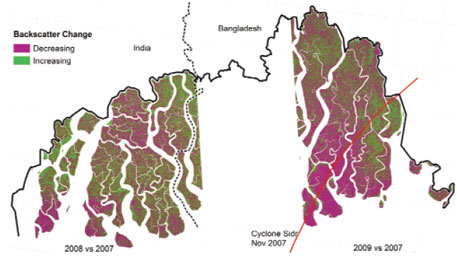 Sundarbans are disappearing fast. Using radar imagery, scientists have quantified the impacts of cyclone Sidr, human activities and climate change on the world’s largest contiguous mangrove forests. They have found that rapid deterioration in the mangrove health is causing as much as 200 metres of the coastal forests to disappear annually at places.

The Sundarbans protect coastal areas from tidal waves and cyclones and are among the most carbon-rich forests in the tropics. They are home to nearly 500 species of reptiles, fish, birds and mammals, including the endangered Royal Bengal Tiger. Remote Sensing, January 11

A hybrid variety of corn can help farmers get rid of sunflower broomrape, a weed that causes extensive damage and can reduce yields from sunflower fields to half.

The hybrid can act as a trap crop for the weed. It induces germination of the weed’s seed but does not allow the plant to develop and survive, thus causing “suicidal germination” in the parasite. Root extracts from corn have been found to cause more germination in the weed than shoot extracts.

Strigolactone, a chemical produced in the roots of corn, is most likely responsible for this. This knowledge can help breed corn hybrids that are even better at controlling the weed. Crop Science, November 26

Fireflies have helped make LEDs brighter. Scientists have taken cue from the insects to make the light-emitting diodes up to 55 per cent more efficient. The jagged design of the scales on a firefly’s lantern, the organ that flashes to attract mates, maximises the light output by minimising the amount of light that gets reflected inside the insect’s body.

When a similar five micrometres high saw-tooth pattern was created on the coatings of an LED bulb using a laser, the bulb showed very low internal reflection and was able to emit several times more light than it normally does, using the same amount of energy. Optics Express, January 14

HEALTH SCIENCES
One test does it all

Pap smear—the test for cervical cancer—can also help detect ovarian and uterine cancers. The cervical fluid collected for the test contains cells shed from ovaries and the lining of the uterus. Therefore, cancer cells from these organs would also be present in the fluid. Gene sequencing can be used to screen this fluid for genetic changes found only in uterine and ovarian tumours. The process can detect uterine cancers with 100 per cent and ovarian cancers with 41 per cent accuracy. Science Translational Medicine, January 9 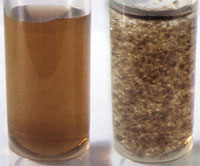 Usefulness of graphene, the one-atom-thick sheet of pure carbon, never seems to end. The wonder material has been found to be good at soaking up radioactive waste from water. When particles of graphene oxide are added to water containing nuclear waste, it makes the radioactive material condense into lumps within minutes.

These lumps can easily be skimmed from the water and burnt off leaving a cake of radioactive material that can be reused or disposed of. Physical Chemistry Chemical Physics, December 20

There is hope for those suffering from permanent deafness. It has been found that a drug can make deaf mice re-grow damaged sound sensing hair cells in the inner ear. These hair are vital for carrying sound vibrations from eardrum to the brain.

Birds and fish can regenerate these cells but in mammals the damage was considered to be irreversible. But the new drug works by suppressing the expression of Notch, a protein that prevents stem cells in the ear from developing into new sensory hair. This might be a promising treatment for noise-induced deafness, that affects 250 million people across the globe. Neuron, January 9

ASTROPHYSICS
We are not alone 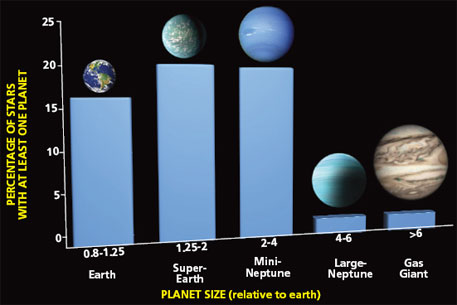 Milky Way has at least 17 billion Earth-sized planets. Data from NASA’s Kepler spacecraft, launched in March 2009, and other planet detection techniques has shown that practically all Sun-like stars have planets. Now, a simulation based on Kepler’s observations has shown that 17 per cent of these stars have a planet up to 1.25 times the size of Earth. Since there are 100 billion or so stars in our galaxy, there must be at least 17 billion Earth-size planets orbiting these stars. Kepler detects alien worlds by noting the dip in a star’s brightness when a planet crosses it. Presented at the Meeting of the American Astronomical Society, January 7