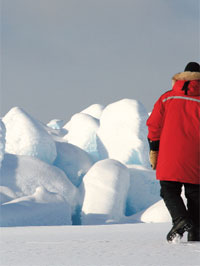 Over the past three decades, global warming has heated up the Arctic more than any other place on earth. It has now been found that Arctic warming and the resulting sea ice melt could be changing the chemistry of the Arctic atmosphere. Reactions that happen between the sunlit snow that sits atop the Arctic sea ice and the air above it produce bromine, a halogen gas derived from sea salt. This bromine purges pollutants from the atmosphere and destroy surface-level ozone. This ozone is toxic unlike the protective ozone layer higher up in the atmosphere. Nature Geoscience, April 14

Manure and synthetic fertilisers applied to agricultural soils across the globe are a huge, and growing, source of potent greenhouse gases. Nitrous oxide forms about half of these emissions. It has now been found that biochar—charcoal used to treat soil—not only increases soil fertility and natural carbon storage capacity, but also drastically reduces nitrous oxide emission from the soil. Soil plots treated with biochar were found to emit 55 per cent less nitrous oxide than those that had not been treated. Apart from wood, biochar can be made out of anything from municipal waste to manure. Scientific Reports, April 25 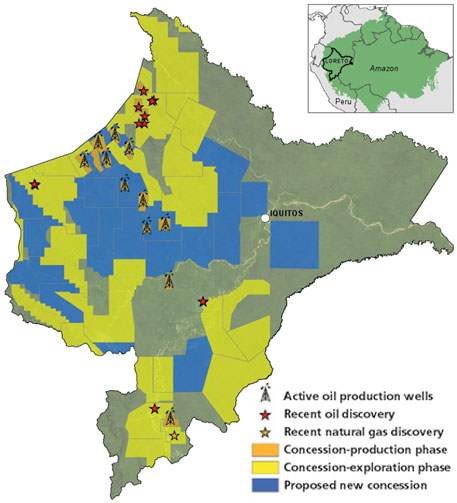 The Peruvian Amazon is home to extraordinary biological and cultural diversity. But rapid proliferation of oil and gas exploration zones now threatens the region’s biodiversity. Researchers have now developed new best practice guidelines to minimise the impacts of such development in the region. These guidelines couple technical aspects of hydrocarbon production with ecological and social aspects. Analyses reveal that, contrary to the popular belief that such practices are expensive, following the guidelines can reduce overall costs of hydrocarbon exploration and production in the region. PLoS One, May 1 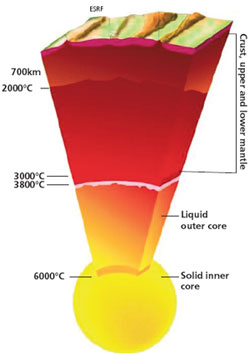 EARTH SCIENCES
Hot in there

If you think the Sun, at a temperature of 5,500°C, is the hottest thing around, check your facts again.

The temperature near Earth’s center has now been determined to be 6,000°C. This is 1,000°C hotter than previous estimates. Earth is believed to have a solid core, consisting mainly of iron in a crystalline state, surrounded by an outer core of scorching-hot liquid.

The temperature of the solid core has long been the subject of debate.

But using a new technique, which utilises fast X-ray diffraction, it was concluded that at 3.3 million atmospheres—the estimated pressure between the liquid and solid core—temperature of molten iron would be 6,000°C. 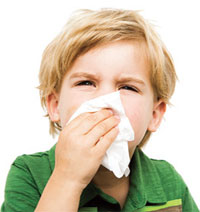 Kids and teens who move to the US are 44 per cent less likely to have an allergic condition, like asthma, eczema or pollen and food allergies, as compared to those who are born there, shows a study based on data from the National Survey of Children’s Health. However, the risk of allergies increases as foreign-born children spend more time in the US. Foreign-born children who live in the US for over 10 years are more likely to have allergies than those who lived there for two years or less. It is believed that climate, American diet and obesity might have a role to play in this. Jama Pediatrics, April 29

Silicone is the material of choice for breast implants but it can soon be used to make self-healing and bio-compatible materials that mimic human tissues. It is a cushiony material that returns to its original shape after being squeezed. But it has now been found that silicone can become 90 per cent stiffer, just like muscles after a workout, if gently and repeatedly compressed in its liquid crystal phase. This phase is somewhere between a solid and liquid state. When heated, it can return to its normal form. Nature Communications, April 23

It has long been known that early pregnancy reduces breast cancer risk. Why this happens, however, was not clear. A study on mice has now shown that the signaling ratio of Wnt/Notch pathway that controls a cell’s fate during development was significantly, and permanently, reduced in the mammary tissues of mice that gave birth. The down-regulation of Wnt is the opposite of what is seen in many cancers. This suggests the tightened control of Wnt/Notch pathway in women who give birth before 20 years of age prevents the runaway tissue growth associated with most cancers and cuts the risk of breast cancer by half. Breast Cancer Research, April 29

White dwarfs or dead stars can be surrounded by planets teeming with life. James Webb Space Telescope, to be launched by NASA in 2018, can help us find evidence of life-supporting systems on these planets, especially the presence of biomarkers, such as oxygen and methane. Previous research has found that white dwarfs have high levels of heavy elements and have rocky planets. At least one of the 500 closest white dwarfs could have a planet that can support life. Monthly Notices of the Royal Astronomical Society, April 24 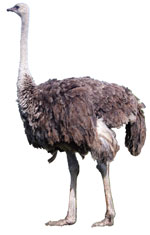 Every year, millions of birds migrate across oceans and continents using Earth’s magnetic field as a natural compass. But how they detect this field has been a mystery. It has now been found that iron balls in hair cells of their ears help birds in navigation. These cells are sensory neurons meant for detecting sound and gravity. There is a single iron ball located at the same place in every cell. The iron balls are found in every bird, ranging from pigeons to ostriches, but not in humans. Next step is to find how these balls help the birds in magnetic sensing. Current Biology, April 25

Global warming is making extreme rainfall a regular event across the globe. A grass has now been developed to reduce the devastation caused by floods. A hybrid of two grasses, rye and meadow fescue, the grass helps mitigate rising floods by making the fields absorb huge amounts of rainwater water instead of letting it flow into rivers. It has been found to reduce water run-off by half. This happens as the roots of this grass make the soil more porous than traditional grasses, enabling it to absorb more water. The grass can also work as a high quality, weather resilient forage for livestock. Scientific Reports, April 25