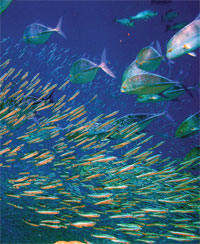 We rely on weather forecasts to know how hot or cold next few days would be. A new forecast system can now predict changes in ocean ecosystem, too, months in advance. Known as J-SCOPE, it works by feeding data from global climate models into a coastal ocean and oxygen model that helps predict oxygen levels and other ocean water properties.

The tool can provide a nine-month forecast of temperature, oxygen levels, acidity and chlorophyll in the ocean. It could help fisheries by predicting events such as ocean temperature fluctuation and low-oxygen. PNAS, August 30 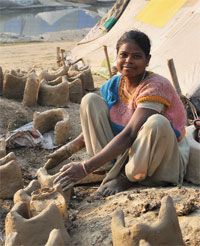 Mental strain caused by living in poverty can reduce a person’s IQ by 13 points. Experiments show that financial worries have an immediate impact on poor people’s ability to perform well in cognitive and logic tests.

The constant fretting often leaves little room to think about anything else, which makes low-income people more susceptible to bad decisions that may increase their financial woes. They also have little mental capacity left to do things that can lift them out of poverty, like studying or searching for a new job. Science, August 30

Despite their many differences, greenhouse gases and aerosols have been found to have a similar effect on spatial patterns of rainfall change. The finding is based on experiments carried out using three different state-of-the-art climate models.

Each model revealed similar regional effects on rainfall over the ocean, despite the fact that greenhouses gases easily mix and are distributed evenly across the globe while aerosols vary greatly in local concentration and are mostly found near emission sources, like industrial centres in Asia and North America. 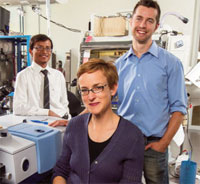 When it comes to solar energy, or any form of renewable power, cost is often a major challenge. A cost-effective solar cell has now been developed using spray-paint-like synthetics.

These particles dissolve to form an ink. When sprayed and dried, the thin film is responsive to light.

Such spray-on solar cells could be applied to nearly any surface turning it into solar energy systems. They, thus, do not need an expensive silicone base and are lightweight.

The new cell could be a boon for communities living in remote places that are not linked to grid power. ACS Nano, August 12

A newly discovered skin-eating fungus is threatening to wipe-out fire salamanders in the Netherlands. The amphibian is one of the most recognizable salamander species in Europe, and is characterised by its distinct yellow and black-patterned skin. 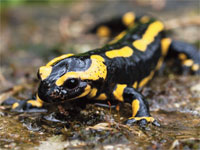 Since 2010, fire salamanders have been mysteriously dying in the forests of the Netherlands.

It has now been found that a deadly fungus, Batrachochytrium salamandrivorans, is bringing fire salamanders to the brink of extinction in the region. Scientists are now trying to figure out ways to protect salamander populations from the deadly fungus. PNAS, August 1

Flu vaccination can do much more than provide protection from influenza. The jab can also cut the risk of heart attacks in middle aged people with narrowed arteries by 45 per cent. It is known that flu and other such infections thicken the blood or prompt an inflammatory response in arteries that are already diseased.

This causes a blockage to develop in the arteries. Flu shots can lower the probability of such blockages and, thus, prevent heart problems. Influenza vaccination of people with a first heart attack could have a significant impact on preventing a second one. The finding could be used to inform vaccination policy and to make cardiologists more aware of the role infections can play in heart attack risk. Heart, August 21 (online)

Good hygiene leads to good health, but a total lack of germs could be behind developed world’s rising Alzheimer’s rates. “Hygiene hypothesis”, previously linked with allergies, suggests germs affect development of regulatory T-cells that enhance the immune system. Those who do not come in contact with germs have dysfunctional regulatory T-cells. This can cause inflammation in brain, as is seen in people with Alzheimer’s. Evolution, Medicine, and Public Health, August 11 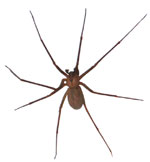 The venom of the brown recluse spider reacts differently in the body to most other spider bites. Poison from the brown recluse and about 100 other spiders of the genus Loxosceles, produces a different chemical product in the human body than was previously believed. The spider produces venom that contains a rare protein that can cause a blackened lesion at the site of a bite or lead to a dangerous reaction in some humans. It has now been found that this is not a protein that is usually found in the venom of poisonous animals. The discovery could lead to new treatments for spider bites. PLoS ONE, August 29

EARTH SCIENCES
Map out the pull 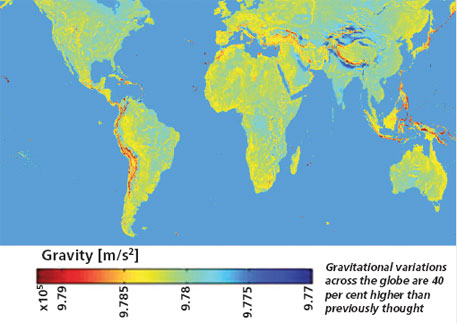 Gravity is often assumed to be the same everywhere on Earth, but it varies as the planet is not perfectly spherical or uniformly dense. The highest-resolution gravity field map of Earth to date has now been created. It covers 80 per cent of the planet’s land mass and reveals that gravitational fluctuations across the globe were almost 40 per cent higher than assumed earlier. The Earth’s gravitational pull is smallest on top of Mount Nevado Huascarán in Peru and highest near the North Pole. The map can be of extensive use in several spheres ranging from civil engineering to mining. Geophysical Research Letters, August 28 (online)