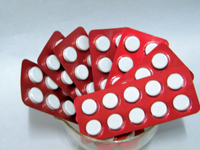 HEALTH SCIENCES
Side effects of paracetamol

Long-term use of paracetamol during pregnancy could have substantially adverse long-term developmental effect on the child. An assessment of 3,000 pairs of three-year-old siblings has shown that the child who had been exposed to over 28 days of paracetamol has poorer motor, behavioural and communication skills. The results were found to be true even for paracetamol intake of less than 28 days, but the effects were not as severe. International Journal of Epidemiology, October 24 (online)

Territorial plants have helped neutralise 186-192 billion tonnes of carbon since 1850s, causing only a rise of 0.74°Celsius due to carbon dioxide since early 1900s. Had this not happened, the atmosphere’s current carbon concentration would have been 485 parts per million (ppm), well above the threshold limit of 450 ppm at which, scientists believe, the climate would undergo irreversible changes. The current level is 400 ppm. Proceedings of the National Academy of Sciences, October 15

To gauge extreme temperature, data during 1900-1929 was used. Global warming not only increases temperature, but also the extent, duration, intensity and frequency of heat waves. Though winters have become milder, extreme cold periods have become more frequent, causing a marginal rise in mortality during winters. Nature Climate Change , October 20 (online) 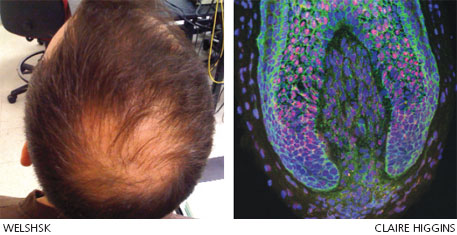 Conventional hair transplant involves redistribution of hair from one part of the scalp to another, but the process is ineffective if there is insufficient donor hair. A new method has been found to treat hair loss by inducing hair growth. The method generates hair follicles using cells grown from the patient’s donor hair. About 90 per cent of women suffering from hair loss cannot opt for conventional hair transplant method due to inadequate donor hair and the new method could offer them hope. It can also be used on men in early stages of baldness and people who suffer from hair loss due to burns. PNAS October 21 (online)

The number of amphibians in the world has been declining in the past 40 years due to fungus Batrachochytrium dendrobatidis. It has now been found that the deadly effect the fungus has on amphibians is due to a toxin the fungus releases. The unidentified toxin disables the immune response of amphibians, causing death. The ability of the toxin to inhibit various cells, including the growth of cancerous mammalian cell lines, indicates that it could be used for developing immunosuppressive or anti-cancer agents. This explains why the frog’s immune system is unable to fight the fungus. Science, October 18 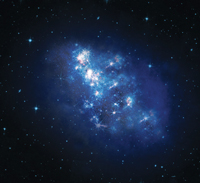 Scientists have discovered the most distant galaxy yet. Named z8_GND_5296, the galaxy whichÃ”Ã‡Ãªis 30 billion light years from Earth, was found by using a combination of telescopes and spectroscopy, a technique to identify chemical signatures of elements. The galaxy tells about the time just 700 million years after the Big Bang, when the universe was at about 5 per cent of its current age of 13.8 billion years. Such cosmic objects provide a peep into the past and tell how galaxies change with time and help us understand how the Milky Way came to be. Nature, October 24

Skin stem cells in humans have an internal clock which enables them to know the time of the day, says a research. This helps them in activating the genes responsible for UV protection and radiation-induced DNA damage during day time. Different genes peak at different time of the day and researchers have now found that the UV protecting genes are most active during the day. The study could be of great use in devising new ways to treat cancer and in slowing ageing process. Cell Stem Cell, October 10

Researchers have discovered the role protein complexes STK24 and CCM3 play in preventing injury to human organs after a transplant or stroke. TheyÃ”Ã‡Ãªprevent the release of granules from neutrophils (a type of white blood cell) which can aggravate tissue damage. Mutation of CCM3 also causes Cerebral Cavernous Malformation (CCM), a life-threatening neurovascular disorder. The discovery also tells us about the basic cellular function of CCM3 which could be used in treatingÃ”Ã‡ÃªCCM. Developmental Cell, October 2013 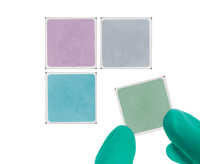 Scientists have created solar cells which are almost transparent, lighter and flexible. The characteristic of allowing sunlight to passÃ”Ã‡Ãªmakes them immensely useful in powering devices like mobile phones, displays and computers. However, unlike conventional cells which offer conversion efficiency of 15 per cent, these organic photovoltaic cells only reach 5.6 per cent power conversion efficiency. The technology was made possible by thinning the electrodes to a few nanometres and adding extra photonic crystal to the cell. Nature Photonics,Ã”Ã‡ÃªOctober 20 (online) 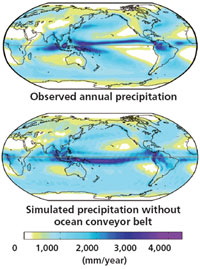 During this, it heats up and transfers the heat to the northern hemisphere. Nature Geoscience, October 20 (Online)