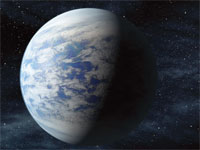 The Milky Way has a lot of massive terrestrial planets, called Super Earths. It was believed that such planets do not have Earth-like atmosphere. ButÃ”Ã‡Ãªa recent study says that the chances of Super Earths having Earth-like atmosphere are quite high. The study says that such planets have oceans and visible continents, and store most of their water in the mantle. This set-up would allow the planets to have climate similar to that of the earth. The Astrophysical Journal, January 2

An extremely sensitive and accurate device to measure greenhouse gases (GHG) has been developed. The portable device uses a thumbnail-sized quantum cascade laser to detect very small amounts of nitrous oxide (6 parts per billion by volume) and methane (13 ppbv). The laser is far more sensitive in measuring the gases than the commonly used lasers and opens the possibility of making the device as small as a mobile phone. Analyst, January 8 (online) 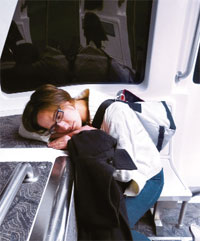 Drastic change in sleep timing can disrupt gene expression cycle. A study on 22 people who were made to sleep during the day and stay awake at night, found that 1,356 (of the 1,396 genes tested) changed their activity time, impacting the release of chemicals essential for bodily functions. The study indicated that the impact on genes is not likely to be permanent. Also, it is still unclear if all genes return to normal when the routine is normalised.Ã”Ã‡ÃªThe study could throw light on the disorders that people who work night shifts or suffer jet lags go through. PNAS, January 21 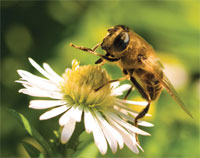 Tobacco Ringspot Virus, a pathogen that infects plants, has also started infecting bees. The pathogen moves from infected pollens to the bee and impacts their entire body. The virus could have had a role in the mysterious disease that wiped out a large number of hives across the US in 2006. mBio, January 21 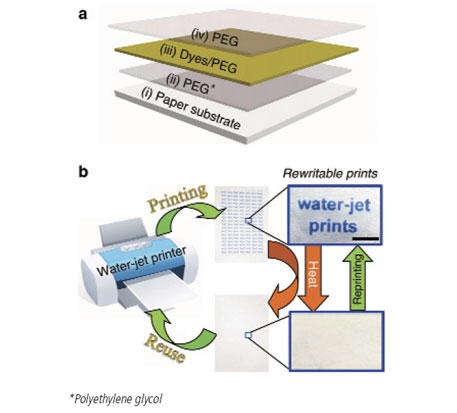 Printers which use water are in the offing. These can be used to print on reusable and rewritable paper which has hydrochromic dyes. These dyes can be activated by water. The prints can be erased and rewritten dozens of times with no significant loss in colour quality. The paper is an eco-friendly option and can be used for printing documents needed for one-time read. Nature Communications, January 28 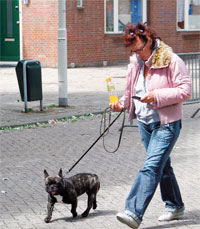 Texting while walking alters our posture and balance. A study on 26 healthy individuals has found that texting or reading makes people walk slowly and deviate from a straight line. The movement of the head while texting could be the reason for loss of balance. The study also found that the neck moves more when reading than when texting. PLoS ONE, January 22

Molybdenum can be a cheap alternative to the more commonly used platinum for producing hydrogen from water. Hydrogen has great potential as an energy source but the platinum catalyst makes the process expensive. It has been found that the thinner the surface of molybdenum, the more efficient it is. One atom thick film of molybdenum was found to be most efficient, with the performance becoming five times worse by addition of another layer of atoms. Nano Letters, January 16 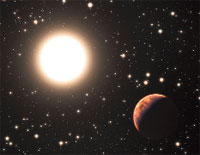 Three new planets in the star cluster Messier 67 have been discovered. Discovery of planets in star clusters is quite rare. The cluster is located in the constellation of Cancer, 2,500 light years from the earth. One of the planets discovered is orbiting a star identical to the sun. The discovery could help in finding the difference in mass and chemical composition of stars which have planets and those which do not. Astronomy and Astrophysics, January 15 (online) 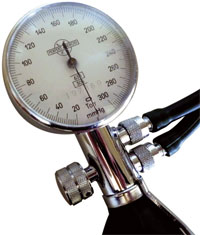 Parts of India and China have much more black carbon soot in the air than earlier studies had shown. Black carbon is the charred remains of unburnt fossil fuels, biofuel, biomass and coal plants. The pollutant hangs in the air and is a health hazard. According to a new study, the presence of black carbon is twice or thrice more in parts of these countries than what previous studies had shown. The study uses new fuel consumption data from various sources to measure localised pollution levels, unlike previous studies which gave national figures and did not take regional differences into account. This methodology shows that the concentration of the pollutant worldwide is 130 per cent more than what was shown by earlier studies. Journal of Applied Ecology, January 19 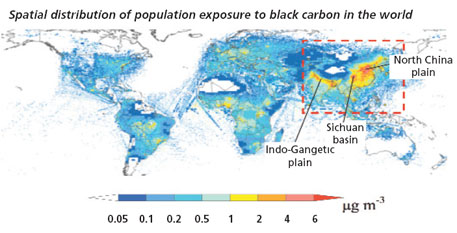