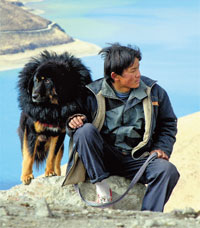 Genetic exchange between different populations helped Tibetans adapt to life in high altitudes. The Tibetan gene pool comes primarily from two populations—Nepalese Sherpas who got adapted to the area after moving there 30,000 years ago and Han Chinese who moved relatively recently. Their offsprings acquiredÃ”Ã‡Ãªgene variants EGLN1 and EPAS1, helpful forÃ”Ã‡Ãªsurvival in low oxygen levels, from the Sherpas. These genes evolved only around 3,000 years ago and then amplified by natural selection in the modern Tibetan gene pool.Ã”Ã‡ÃªNature Communications, February 10 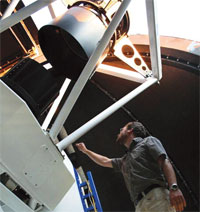 A 13.7 billion-year-old star has been discovered in the Milky Way galaxy. This makes it the oldest star discovered in the universe till date.Ã”Ã‡ÃªThe star is 6,000 light years from the earth, a relatively short distance in astronomical scale. It was formed shortly after the Big Bang and could tell what the universe was like in its earliest days. Nature, February 9 (online)

It was believed that life began on the earth only when the oxygen levels rose to about the same levels as they are now. But it has been found that complex life can live and thrive in extremely low oxygen levels. Sponge species Halichondria panicea, which resemble earth’s earliest animals, can live and grow at oxygen levels 0.5 per cent of what we have today. These are much lower levels than were believed to be necessary for animals and raise the question of what prevented life from beginning if not oxygen. PNAS, February 17 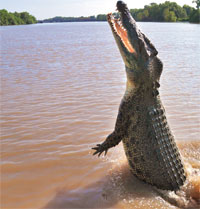 A study on 20 crocodile species from across the world has revealed that the reason behind their superior immune system is the diversity of their genes. Found in diverse climatic regions of the world, crocodiles have been exposed to a variety of germs. This has made their genes respond to the evolutionary challenge and lose and/or duplicate genes as per requirement. The study would help in formulating conservation and breeding programmes by showing how crocodiles respond to local diseases and conditions. PLoS ONE, February 4 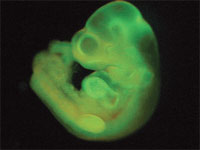 Exposure to acidic culture conditions makes cells revert to an immature state. In a study, mice cells exposed to acidic culture for a week were found to have regressed to a developmentally immature state, even more immature than embryonic stem cells. As stem cells research is a sensitive issue, this mechanism could be used to create cells which have pluripotency, or the ability to transform into any type of cell, just like stem cells. Nature, January 29 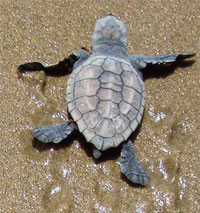 A study using satellite transmitters to track migratory movements of leatherback turtles in the Atlantic Ocean has highlighted the areas where the chances of turtle deaths due to entanglement in fishing nets is high. Of the nine areas pointed out in the study, five were in South Equatorial Atlantic while four were in North Atlantic. Some of these are in high seas while others fall in special economic zones of countries like the US, the UK, Spain, Brazil, Senegal and Namibia. The study could help frame conservation programme for the vulnerable turtle species. Proceedings of the Royal Society B, February 12

A highly sensitive test for cryptosporidiosis, a water-transmitted disease responsible for 20 per cent diarrhoeal deaths in developing countries, has been developed. The simple mechanism, in which pregnancy test-like strips are used, can tell whether the stool sample has the DNA of the disease causing parasite or not. The paper strip is effective in identifying the disease even if just one parasite is present in the sample. Analytical Chemistry, January 30

A catalyst which can convert carbon dioxide (CO2) to carbon monoxide (CO) with 92 per cent efficiency has been developed. It has been found that nano-porous silver is 3,000 time more effective than polycrystalline silver, a commonly used catalyst, for the conversion. The CO formed can be used to produce useful chemicals. Nature Communications, January 30

Unlike brown and black bears, polar bears do not hibernate during winters. So how do theyÃ”Ã‡Ãªsurvive the harsh Arctic weather? The answer is in their genes which control nitric oxide production. Nitric oxide plays an important role in body metabolism and is likely to be a trigger for thermogenesis, a process in which cells produce heat instead of energy. High levels of nitric oxide in polar bears are behind their resistance to cold. Genome Biology and Evolution, February 6 (online) 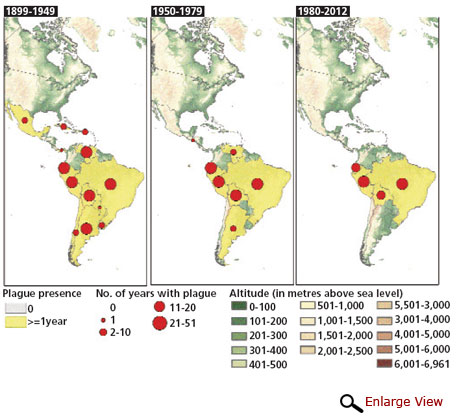