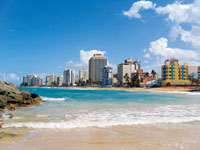 Contrary to popular perception, coastal waters are a better indicator of mercury contamination in water bodies than sediments. A study on 10 estuaries in the US found that mercury levels in fish (killfish and Atlantic silversides) were higher than they were in worms which feed on sediments. This could also provide new insights into how the toxic metal accumulates in marine species. PLoS ONE, February 18 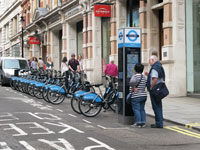 London’s cycle hiring system has had an overall positive impact on the health of people in the city. Users have shown a reduction in diseases which can be curbed by physical activities. The impact, however, was not uniform, and men and older people benefited more than women. Negative factors like injuries and pollution were also taken into account in the study which used data from April 2011 to March 2012. BMJ, February 13

Nanoparticles which can differentiate between neutrophils (immune cells that have gone out of control) and other immune cells that are functioning normally have been developed. In chronic inflammation case, neutrophils pile up near the injury site and cause tissue damage. The nanoparticles, which are made of proteins that bind only to receptors in neutrophils, would help in delivering anti-inflammatory drugs only to neutrophils. Nature Nanotechnology, February 23 (online)

A new type of laser could tremendously increase Internet speed. Data travels through optical fibres across the world and the closer the laser is to a single frequency, the more efficient it is in storing data. The new laser has a 20 times narrower range of frequencies than the laser currently being used in optical fibres. The find could revolutionise data transfer speeds in optical networks. PNAS, February 2014 (online) 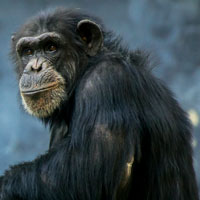 The evolution of black skin may have been triggered by the threat of skin cancer. When early humans began hunting and gathering, the body hair was lost to keep the body cool. But pale people were prone to skin cancer. This would have caused evolutionary pressure to develop skin with high melanin content. This led to the evolution of black skin 1.2-1.8 million years ago. A review of current cases of albinism in Sub Saharan Africa shows that almost all people having albinism develop skin cancer in their 20s. Proceedings of the Royal Society B, February 26 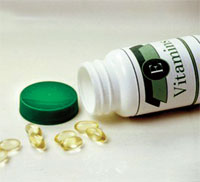 HEALTH SCIENCE
Side effects of supplements

High dose of selenium and vitamin E supplements increases the chances of prostrate cancer. Men who took high dose of selenium (200 mcg/day) and/or vitamin E (400 IU/day) for seven years showed that vitamin E increased their risk of getting prostate cancer by 17 per cent. People who consumed selenium supplements despite having adequate amounts of the nutrient in their body have 91 per cent more chance of getting prostate cancer. Journal of the National Cancer Institute, February 22 (online)

Inability to take risks at a time when it is beneficial is linked to high levels of stress hormone cortisol in the body. This explains why traders avoid risks when the market is volatile. Thirty-six people, whose cortisol levels were raised by 68 per cent for eight days to simulate the hormone level in traders, participated in lottery-type tasks with possible financial rewards. It was found that short-term rise in cortisol levels did not cause behavioural change but chronically high levels led to risk aversion. PNAS, February 18 (online)

Though we continue to pump greenhouse gases into the atmosphere, the global mean surface and tropospheric temperatures have risen at a slower rate since 1998 than they did before. A study says that the possible explanation for this phenomenon is the cooling influence of 17 volcanic eruptions which have taken place from 1998 to 2012. Large volcanic eruptions inject sulphur dioxide into stratosphere, the layer above troposphere, and the gas forms drops of sulphuric acid which reflect sunlight and help cool the lower atmosphere. Nature Geoscience, February 23

Determining atmospheric pressure in exoplanets (planets outside the solar system) is crucial to finding if they can support life. A new method makes this possible by examining dimers, pair of bonded molecules that are formed in a planet’s atmosphere. The pattern in which dimer molecules absorb light is distinctive and the rate at which they are formed depends on the planet’s pressure and density. Studying the light absorbed by dimer molecules can, therefore, give clues to a planet’s atmosphere. There are several dimer molecules which can give information about atmospheric pressure but the new method uses dimer molecules of oxygen which, being involved in photosynthesis, could also give data regarding life on exoplanets. Astrobiology, February 19