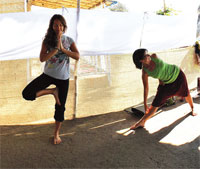 Women undergoing breast cancer treatments are much better equipped to deal with the disease if they practise yoga. A study on 191 women with breast cancer (stage 0-3) has found that exercises like breathing and meditation bring down levels of stress hormone cortisol, reduce fatigue and help in dealing with psychosocial and physical difficulties. Patients who did not participate in yoga, but in simple stretching exercise also reported a reduction in fatigue. Journal of Clinical Oncology, March 3 (online) 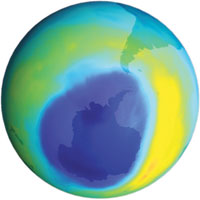 Four new human made gases causing damage to the ozone layer have been found in the atmosphere. Three of these are chlorofluorocarbons and one is hydrochlorofluorocarbon. Overall 74,000 tonnes of these gases have been released. Comparison of samples collected between 1978 and 2012 in Tasmania indicates that the gases were not in the atmosphere at all in the 1960s and are likely to have been released in recent times. Nature Geoscience, March 9 (online)

Coloured diamonds are excellent tools for detecting magnetic fields, sensitive even to the minuscule magnetic field of superconductors. The colour in a diamond is due to the presence of elements (like boron) which emit or absorb light of a specific colour. These colour centres in diamonds have the unique ability to exhibit quantum behaviour. The find provides researchers an important tool to study the functioning of superconductors,Ã”Ã‡Ãªpoorly understood materials, which allow flow of electricity without any loss at -280 degrees Fahrenheit. Physical Review B, February 18 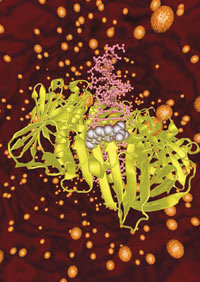 Commonly used medicines for treating pain, fever and inflammation have been found to have another use—they can kill bacteria. But the way they kill bacteria is totally different from the way antibiotics do.

These drugs curb bacterial growth by preventing them from copying their DNA, which is necessary for their multiplication.

Though the secondary effect of such drugs is weak, it opens the possibility of their use for treating infections and superbugs resistant to antibiotics. Chemistry & Biology, March 13 (online) 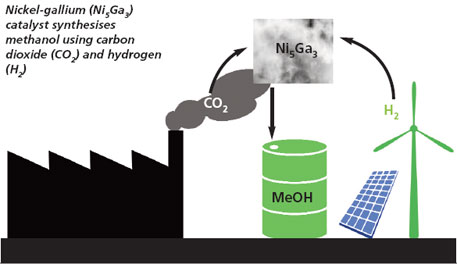 Sixty-five million metric tonnes of methanol is manufactured in the world every year. The chemical is used in making plastics, adhesives and paints, and holds the possibility of being used as a transportation fuel. But the catalysts usedÃ”Ã‡Ãªfor producing methanol—methanolcopper, zinc and aluminium—have environmentally harmful products and require high pressure conditions. A new compound, nickel-gallium, has been found to be very efficient as a catalyst in producing methanol. Not only does it produce methanol at room temperature, it generates much less amounts of carbon monoxide, a green house gas. Nature Chemistry, March 2 (online) 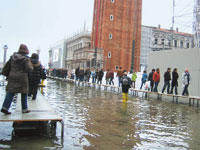 The cost of damage from floods in Europe would be double of what it is today by 2050. Socioeconomic development in the continent has meant more buildings and infrastructure facilities and these can be destroyed in floods. TheÃ”Ã‡Ãª socioeconomic factors account for two-thirds of the projected losses, while the remaining one-third would come from changing rain patterns. In real terms, the losses from flood which averaged € 4.9 billion a year from 2000 to 2012, would increase to € 23.5 billion by 2050. The frequency of flood would also increase from one in 16 years now to one in every 10 years by 2050. Nature Climate Change, March 2 (online)

An extremely thin infrared sensor that could help in developing night-vision contact lenses has been developed. The sensor uses graphene, which can absorb the entire spectrum of visible and ultraviolet light. The design is extremely small and the mechanism is functional at room temperature. If connected to cell phones or other wearable devices, it could provide another way of interacting with the environment. Nature Nanotechnology, March 16 (online)

Ultrathin layers made of tungsten and selenium have been created which can be used to manufacture flexible semi-transparent photovoltaic solar cells. These layers are just one- or a-few-atom-thick. The material, tungsten diselenide, is so thin that 95 per cent of the light that falls on it passes through. But the conversion rate of the material is still quite high, with one-tenth of the light captured converted to electricity. The material can be used to create window panes which would allow light to pass and also create electricity. Nature Nanotechnology, March 9 (online)

Garlic cloves with green shoots are not considered fresh enough toÃ”Ã‡Ãªeat. But garlic bulbs which have been sprouted for five days have a higher quantity of antioxidants good for the heart. When plants sprout, they makeÃ”Ã‡Ãªnew compounds to protect against pathogens. This is as true for garlic as it is for other sprouted beans and grains which are known to have increased quantities of antioxidants. Garlic is good for reducing cholesterol levels, blood pressure and heart related diseases. Sprouted garlic is even better. Journal of Agricultural and Food Chemistry , February 26 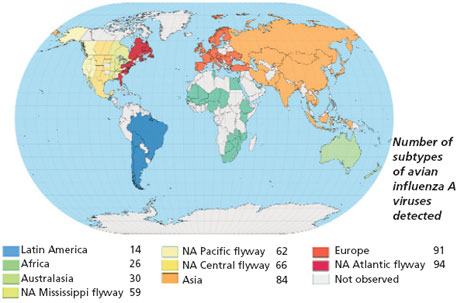