The capsule was put together by students of Lovely Professional University, who plan to bury it underground till January 3, 2119 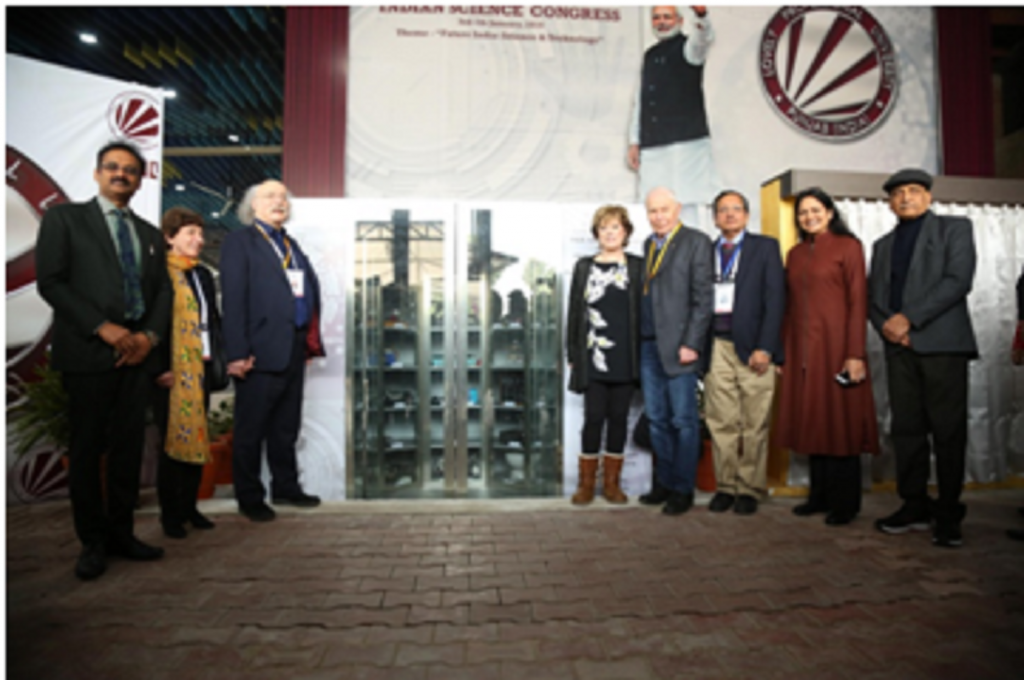 The 106th session of the Indian Science Congress had a unique moment today when a time capsule containing 100 items representing India’s scientific prowess and the range of technology available in the modern world was lowered down to the ground to preserve a glimpse of present day India for future generations.

The other articles include a laptop, a smart phone, a drone, Amazon Alexa and virtual reality glasses, a solar panel, and a hard disk with latest documentaries and movies and science text books of Class XII.

The capsule, among other things, contains a collection of ordinary consumer durables like an air filter, an induction cooktop, and air fryer that are part of present day-to-day life.

The capsule was put together by students of Lovely Professional University, where the Indian Science Congress session is being held. The artefacts were selected on the basis a poll among students.

Chancellor of the university, Ashok Mittal, said the plan is to bury the capsule underground till January 3, 2119. “Earlier, major developments would take place once in a few decades. But today, new technical capabilities are being added to our life every few years. The time capsule offers a representation of technology know-how as it stands today. It should turn out to be a source of wonder and pride for the generation that would bring it up a century later,” he noted. (India Science Wire)