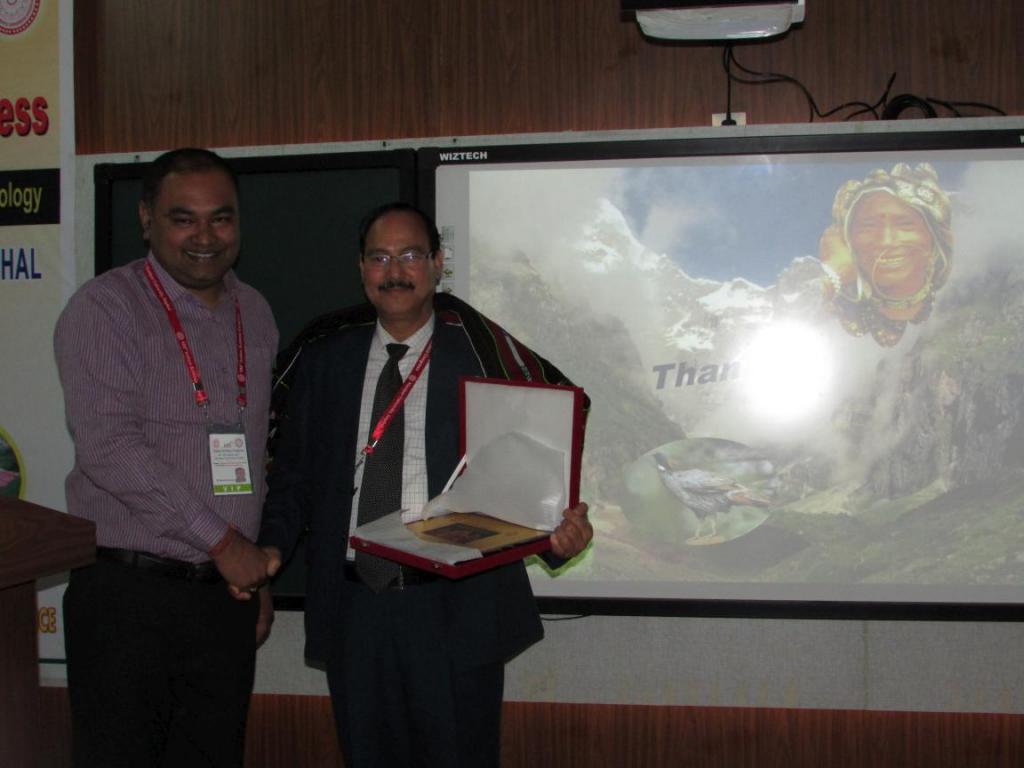 PP Dhyani being felicitated after a presentation in the environmental science section of ISC. Credit: Sobhapati Samom

Citizen science is a growing concept in India and is mostly being used for research on the Himalayan ecosystem, say scientists and experts attending the 105th edition of the Indian Science Congress at Manipur University’s Canchipur campus on Sunday (March 18).

Citizen science is a new approach, in which people support scientists to observe more land, water and species during their research. The data collected is used to build an understanding on how people are impacting the Earth and to inform them of ways to better manage natural resources.

Subrat Sharma of GB Pant National Institute of Himalayan Environment and Sustainable Development (NIHESD), Almora, says, “Citizen science is happening and it is coming in a big way. Many volunteers have contributed in collecting the data on pollinators, their habitat and we have studied the Western Ghats, biodiversity enumeration and lake conservation in Bengaluru.”

Around 42 scientists and young researchers have worked on citizen science projects in the Indian Himalayan region, Western Ghats and urban ecology, says Pranab J Patar of Earthwatch Institute India, which has significant experience in the field of citizen science in the country. “We’ve solid information in biodiversity parks or sanctuaries, but we do not have information or data of places which are also equally important to us ecologically. So here citizen scientists can play a big role,” says Patar.

But, according to Dhyani, In India, research and development (R&D) projects in the Himalayan region have not received sufficient funds from the government when 12 Himalayan mountain states currently have 263 R&D studies taking place under National Mission for Sustaining on Himalayan Ecosystem (NMSHE). “Many available technologies are not implemented in the region,” he says.

An example of a research programme that brings together citizens and scientists is ‘Assessment and quantification of forest ecosystem services with special emphasis on pollination in the Indian Himalayan agro-ecosystems”. The programme has addressed issues concerning conservation of pollinators and associated flora for enhanced ecosystem services. It is based on the philosophy of intensifying database involving volunteers from all walks of life.