Scientists are peering into the genomes of top athletes to find out which genes can spill their secrets of success. How much of athletic performance at the elite level is determined by genes? 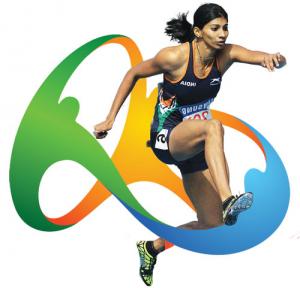 ELITE ATHLETES hold a special attraction for geneticists. They are the finest specimens of physical performance that can reveal the clues to what separates the champs from the chumps. Scientists first tried to document genetic markers for sports performance during the 1968 Mexico Olympics. With advances in genetic technology in the 1990s, they began looking at specific genes in the DNA. That was the time when the world rediscovered Eero Mäntyranta, a Finnish cross-country skier who had remained on top of his game in the 1960s, winning seven Olympic medals. Finnish researchers found out that Mäntyranta had a rare genetic mutation that made his body produce more than normal red blood cells. This meant his blood could carry large amounts of oxygen to burn fuel and produce energy. Small wonder he would at times beat his competitors to the finish line by, not split seconds, but tens of seconds.

That was the first direct evidence of genes providing a winning edge to a sportsperson. But mere mutations are not what geneticists are concentrating on. Their ambition is to translate the entire genetic bible of athleticism. They want to identify all the genes that shape what we call inherent talent. They are sifting through the genomes of hundreds of elite athletes. So far they have identified more than 200 genes that could be related to physical performance. These are the genes that influence traits from muscle strength to cardiorespiratory endurance to exercise intolerance. Some commercial ventures even offer to screen your DNA and tell you what kind of sport you should try your hand at or how you should train.

Scientists have also studied twins and families to see which fitness traits are heritable, and how heritable. “We know from twin and family studies that there is a genetic component to physical performance. This applies to endurance and strength-based measures of performance,” Claude Bouchard, director of the Human Genomics Laboratory at Pennington Biomedical Research Center in Los Angeles, USA, tells Down To Earth (DTE). “What is the extent of the genetic component is not fully understood. The HERITAGE Family Study [spanning two generations and hundreds of families] suggests that the genetic component for endurance performance may be as high as 45 to 50 per cent of the overall individual differences observed in the population.” Fifty per cent! That would mean an endurance athlete is half born. 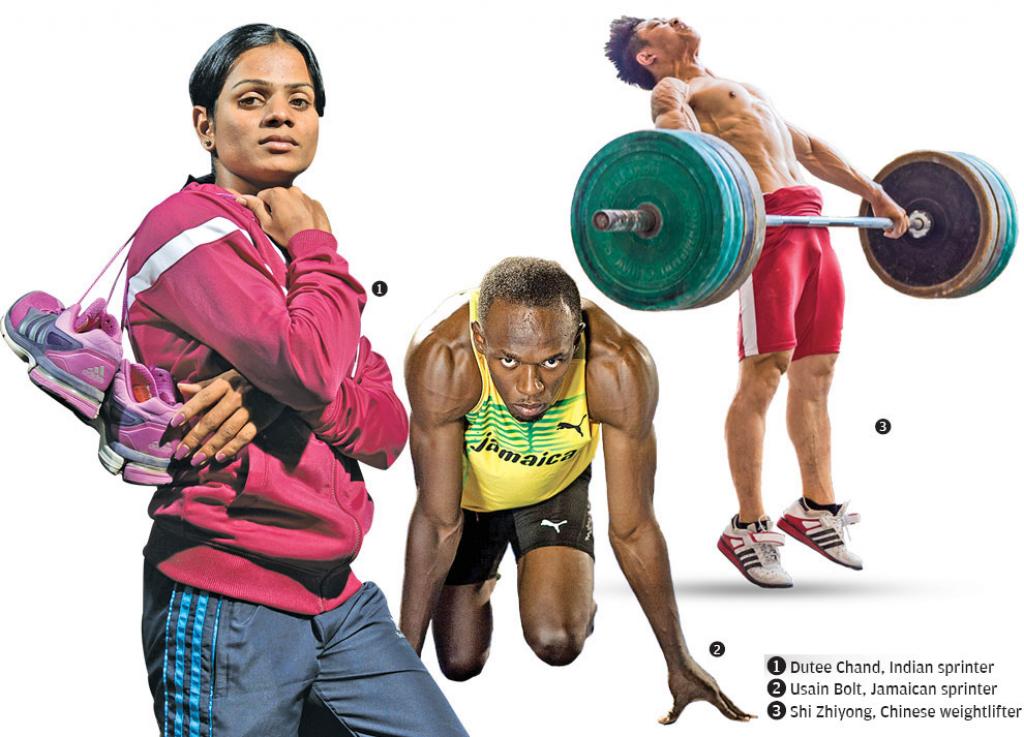 IS THE GENIE IN THE GENES?

Physical performance is a complex trait unlike, say, skin colour, which is coded by a few genes. It results from a complex interaction of many genes with varying influence. Scientists believe a large number of them are yet to be identified. “While many genes have been tentatively associated with performance-related traits, few if any have risen to the level that would be called conclusive,” writes exercise physiologist Stephen M Roth in Genetic and Molecular Aspects of Sport Performance, a volume of the Encyclopaedia of Sports Medicine. “We do not know enough about them, except two genes, ACTN3 and ACE,” says Nir Enyon, who leads research on genes and performance at the Victoria University in Melbourne. He is part of a DNA biobank initiative that aims to collect more than 1,000 DNA samples from all over the world to try to understand the genome of the best Olympic athletes.

So while genes play a big role in athletic performance, scientists are still far from predicting success or spotting talent. Two researchers in the UK, Alun Williams and Jonathan Folland, tried to figure out, statistically, how many people have the perfect genetic profile for endurance sports. They chose 23 genetic variants closely associated with endurance and ran an algorithm. To their surprise they found that the chance of carrying all the 23 gene variants was one in a thousand trillion! Even to find a single person with just 16 of the gene variants, one will have to screen almost the entire human population. What’s more, the researchers observed, “There was considerable homogeneity in terms of genetic predisposition to high endurance potential, with 99 per cent of people differing by no more than seven genotypes from the typical profile.” In other words, genetically speaking, most of us differ very little in athletic prowess and none is perfect.

Take ACTN3 gene, the so-called sprint gene, although there is no single gene for speed or power. It regulates the function of fast muscle fibres that help produce bursts of energy required in sprinting, weightlifting and football. Its versions come in three combinations and roughly every third person has the most favourable combination for sprinting. It’s that common.

But when it comes to the top level every gene counts. Among Olympic-level sprinters, individuals with the least favourable combination of ACTN3 are not totally eliminated but their proportion is much smaller than in the general population. As Daniel MacArthur, one of the geneticists behind the ACTN3 studies, explains in an article in Wired, “this large effect is due to the exceptionally strong selection that occurs during the slow climb to the Olympic level. The vast majority of athletes who start that climb will never make it to the top; those who do will be the tiny minority who have nearly everything in their favour, including the right genes. So superelite athletes need to have the right ACTN3 combination, but they also have to have a whole host of other factors working in their favour—this one gene is just a minor ingredient in a large and complex recipe.”

The recipe for excellence is complex indeed. “We know genes contribute to sports performance, potentially contributing to physical traits such as strength, coordination, endurance, and mental traits such as focus, competitive drive. But these traits are also influenced by environmental factors (training, coaching, equipment),” Roth tells DTE (see interview). “So successful elite athletes are very likely successful due to both some unique genetic contributions as well as supportive environmental conditions.”

Pele also remembers his father telling him: “You were born to play football. You’ve got a gift for it. But if you don’t work at it and practise, then you’ll be just like the rest.” 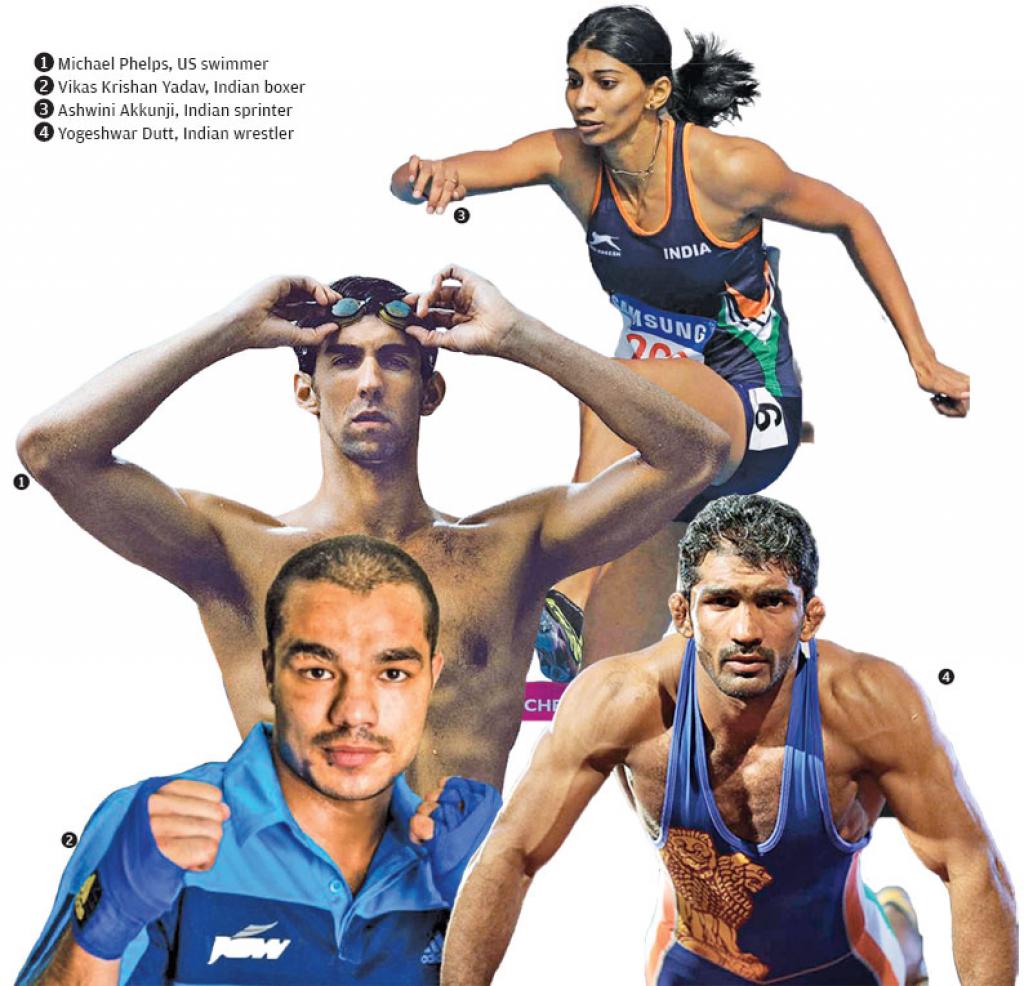 Yet to Jon Entine, the author of Taboo: Why Black Athletes Dominate Sports and Why We’re Afraid to Talk About It, when it comes to running the “environmental explanation is an orthodoxy”. He contends that “at the most elite level, the victory is contested by those with the best genes”. What prompts him to claim this is the phenomenal success of the people of African ancestry in running—sprinters from West Africa and distance runners from East Africa. As he points out, among men, athletes of African ancestry hold every major running record, from the 100 m to the marathon. Of the past seven Olympics men’s 100 m races, all 56 finalists have been of West African descent. African dominance is visible in distance running as well. If you look at it closely they come from distinct regions: Kenya, Ethiopia and Jamaica (Jamaicans are descendants of enslaved West Aricans). Even within Kenya the majority of the runners come from a small subset, the Kalenjin tribe, and in Ethiopia from the Arsi region. This strengthens the suspicion that people in these pockets could have evolved in isolation to acquire some unbeatable genetic advantage.

But biologist Yannis Pitsiladis points out that “these athletes, although arising from distinct regions of east Africa or Jamaica…do not arise from a limited genetic isolate”. Currently, Professor of Sport and Exercise Science at the University of Brighton, UK, Pitsiladis has travelled for years in Kenya, Ethiopia and Jamaica. He has collected DNA samples of 1,000 Olympic athletes. “The only available genetic studies of elite Ethiopian and Kenyan distance runners and sprinters from Jamaica, Nigeria, and the USA do not find these athletes possess unique genetic profiles; rather they serve to highlight a high degree of genetic diversity among these athletes,” he writes in Genetic and Molecular Aspects of Sport Performance. “Although genetic contributions to the phenomenal success of black sprinters and east African distance runners cannot be excluded, results to date predominantly implicate environmental factors.” He told DTE that the latest research on African runners has not changed his opinion.

Several studies highlight the Kenyans’ bird-like physique—longer legs, shorter torsos and slender limbs, especially lower legs—which gives them an edge in running. And they are willing to train because they have limited career opportunities. Pitsiladis thinks it is more likely that these people have realised their genetic or biological potential.

Talking about the Kalenjin tribe of Kenya in a podcast chat, David Epstein, author of The Sports Gene, observed: “You get this amazing striving and lack of any fear to attempt to train like an Olympian and you pair that with certain physiology, you get what I think is the biggest overrepresentation of the sporting prowess we have seen in any sport ever anywhere.” 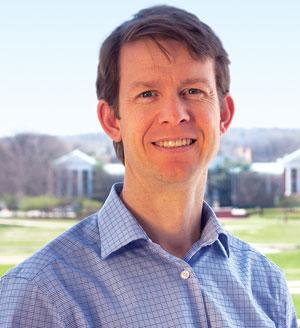 Stephen M Roth is an exercise physiologist who heads the Functional Genomics Laboratory at the University of Maryland, USA. In an e-mail interview he talks about the genetics of sports. Excerpts

Can genes pin down sports performance, and to what extent?

Genes can't "pin" down sports performance - performance is far too complex. We know that genes do contribute to sports performance, potentially contributing to physical traits such as strength, coordination, endurance, and mental traits such as focus, competitive drive. But these traits are also influenced by environmental factors (training, coaching, equipment). So successful elite athletes are very likely successful due to both some unique genetic contributions as well as supportive environmental conditions.

This is one of the trickiest questions in the area of sport performance. Is there something unique to Jamaicans that makes them such strong sprinters? Why are Norwegians such strong skiers? While this is possible, there are also cultural and environmental differences that correlate with different populations that make these associations very challenging to understand. There are certainly some gene variations that are more frequently found in different populations, but there are so many genes that contribute to different traits that it's hard to imagine that certain populations are at distinct disadvantages in most sports. As such, it appears that individual genetic differences do outweigh differences that might be observed in populations/races.

How real is the threat of gene doping?

I don't believe this is a significant threat at present only because gene therapy itself needs to be solidified as a medical technique before it can "spread" to performance realms. Where there is a gene therapy product in an area that might be related to physical performance (e.g., gene therapy for muscle mass or strength, or gene therapy for anaemia/oxygen carrying capacity) then it could certainly be used for performance enhancement. But most gene therapy trials show side effects and other problems, making this very risky for use in athletes until they are more successful in therapeutic scenarios. That doesn't mean it won't happen. We know that athletes and coaches push the envelope of safety with other illegal performance enhancement substances, but I don't believe this is a serious concern in 2016.

(This is the second article in the series on sports. Read the first article: Gene doping can change the nature of sports)