Here's a technique that can cure range of diseases using electricity, but is it safe?

A device that uses electricity to pass through your brain is believed to be a cure for many diseases, but the jury is still out on its safety 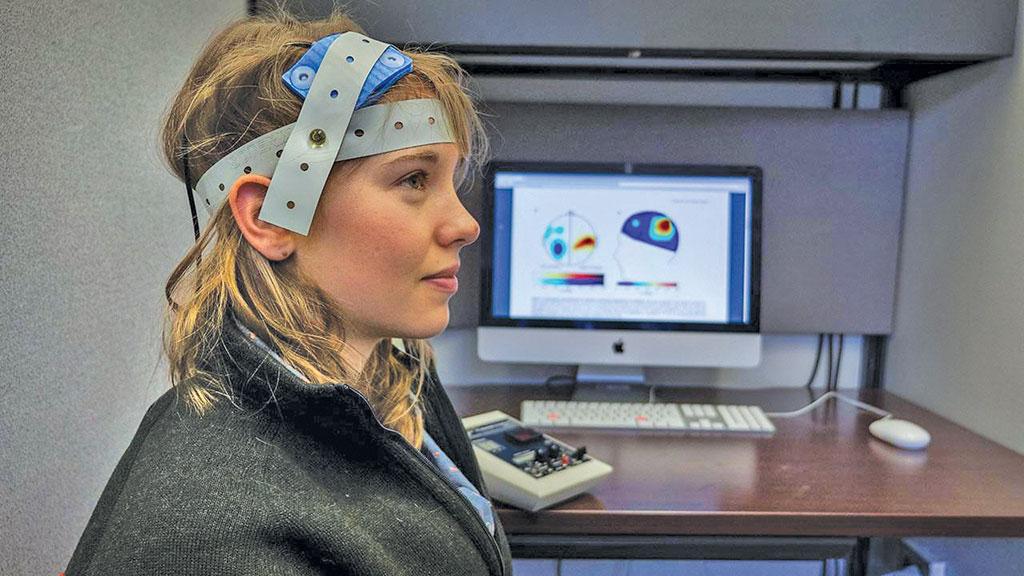 An ancient technique that uses the properties of electricity to treat a range of diseases is getting a modern revival. Known as the Transcranial Direct Current Stimulation (tDCS), this is a method for brain stimulation in which a feeble electric current (0.5 to 2 mA) passes through two electrodes placed on the head. Different positions of the electrodes on the scalp, also known as montages, can treat patients suffering from chronic pain, headaches and even Parkinson’s disease.

“When electrodes are connected between left dorsolateral pre frontal cortex (LDPFC) and contralateral supraorbital region of the brain, mood changes have been observed which are used along with counselling to treat clinical depression,” says Anuneet Sabharwal, a psychiatrist based in New Delhi , who uses this technique to treat his patients.

When electricity passes through these two parts of the brain, blood flow, glucose utilisation and oxygen uptake in LDPFC increases which, in turn, makes the brain cells in that region more active (neural firing), resulting in a calming influence.

Electricity has been used to treat ailments for centuries. The ancient Egyptians knew of the electric properties of cat fish, though it is not known if they used them for medical purposes. If a person visited a medical practitioner in ancient Greece with a headache, the patient would have been treated with a session of electrical stimulation of the scalp with live torpedo fishes—a technique described by Plato and Aristotle in their writings. After the Greeks, the Romans used similar electrical stimulation techniques and even advertised them on store fronts as seen in a fresco in the ruins of Pompeii in Italy.

The basic scientific principle, however, has remained the same. In both academic and popular literature, tDCS has been portrayed as a simple, cheap and effective technique to treat neurological and psychiatric disorders. For instance, a 2017 study conducted on 12 Alzheimer’s patients at McGill University, Canada, showed that the patients’ picture naming skills improved significantly after 10 sessions of tDCS, each of 30-minute duration. Scientists have also observed that tDCS may induce long-term potentiation (LTP), a process that strengthens the synapses (conducting gaps) between neurons (brain cells) due to recent or past activity in the brain. It improves learning ability, says a study published in Neuron in May, 2014.

A study published in Cerebral Cortex in 2016 showed tDCS enhances creativity, in terms of word association of certain test subjects when combined with cognitive clues. In November 2016, the US military announced that it had used electronic brain stimulators to enhance the cognitive skills of their personnel. Using a tDCS device on 20 air force pilots, they found that the pilots fared better at multitasking. 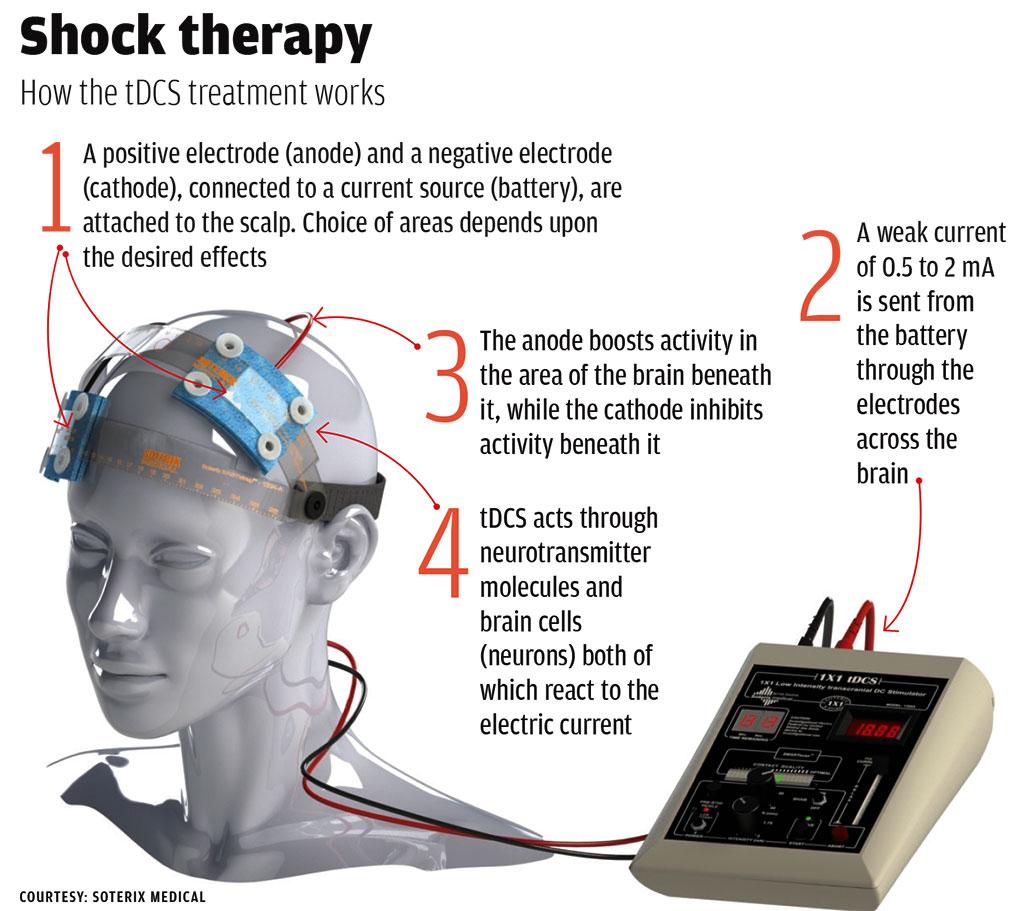 But there are also concerns about its long-term side effects on the brain. “When a tDCS device acts, it displaces electrically charged molecules from one region of the brain and moves them to some other region, sometimes for almost an hour. The long-term effects of such neurological changes are still not very clear,” Veljko Dubljevic of North Carolina State University told Down To Earth. Sabharwal, on the other hand, says he has not observed any long-term symptoms in any of his patients. “They complain of significant headaches and nausea which lasts for two weeks but then it goes away,” he says.

A study published in Clinical Neurophysiology Practice in 2017 found skin ailments and burns to be the adverse effects of tDCS usage. “Many of these studies (on cognitive enhancement) don’t usually measure the flip side. Namely, of the two electrodes, one is at the same time enhancing (exciting neural firing) and the other is inhibiting. Studies usually measure the former and disregard (and not report) the latter. My advice is to treat such claims with a dose of caution,” says Dubljevic.

Despite reports on its side effects, tDCS usage is growing. The fact that the device can be built from scratch by almost anyone has spawned a whole community of Do-it-Yourself tDCS users. There are many YouTube videos which have information on tDCS and also help one to build a device step-by-step for as cheap as R700. A simple Google search with tDCS as keyword lands with 32,500 video results. People can also buy these devices online from companies such as Focus.

At the same time, regulatory mechanisms and guidance are limited. The UK issued guidelines regarding the usage of tDCS for the treatment of depression in 2015. Many of the regulatory mechanisms in different countries are such that they can be easily circumvented. For example, the US Food and Drug Administration clears the usage of any device which makes claims “substantially similar” to a device that it has cleared earlier. Clearly, a safety protocol needs to be put in place by agencies such as the World Health Organization so that consumers are made more aware about this treatment.