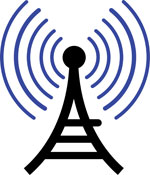 Villa Talea de Castro, a small Mexican town with population of 2,500 has its own mobile phone network. The users, mostly from indigenous communities, pay $1.20 a month for the Red Celular de Talea (RCT). Though calls to the US cost a little more, the tariff is 13 times cheaper than a big firm’s basic plan in Mexico City. Calls are limited to five minutes so as not to overload the fledgling network.

RCT volunteer Israel Hernandez said the radio spectrum was “financially unviable” for the country’s major telecom companies, which did not offer services in Talea de Castro. “Many indigenous communities have shown interest in participating in this project and we hope that many more can join this scheme,” said town official Alejandro Lopez.