Punjab, a cradle of science popularisation in India

Punjab, which is holding the Indian Science Congress, not only produced some of the brightest scientific minds but also a great science communicator 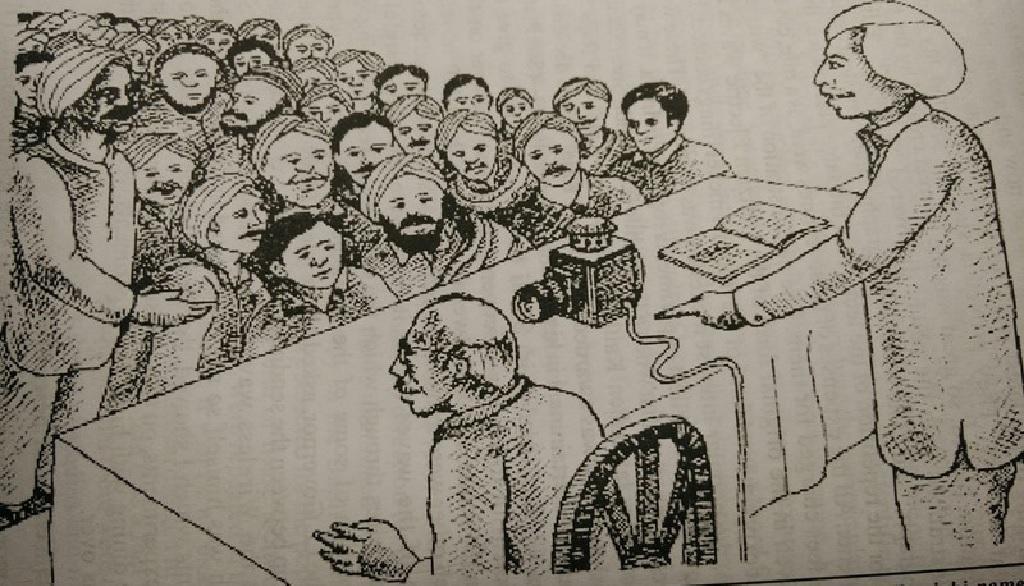 As Punjab hosts India’s largest science outreach event this week—annual session of the Indian Science Congress at Phagwara—it is time to recall how the state played a pioneering role in connecting science with people a century ago.

Modern India has many cities and clusters that claim the title of being science cities like Bangalore and Hyderabad, but few would know that undivided Punjab in British India not only produced some of the brightest scientific minds like Hargobind Khorana, Shanti Swarup Bhatnagar, Abdus Salam and Yash Pal but also a great science communicator – Ruchi Ram Sahni.

Like many scientists of his era, Ruchi Ram Sahni (1863- 1948) believed that communicating science to people through popular means was integral to doing science. He was a rare combination of being a scientist, educationist, science communicator, businessman and nationalist. Sahni’s first job after he passed out from the Lahore Government College in 1884 was with the Meteorology Department in Shimla. In addition to his official duty of preparing weather reports, he began delivering popular lectures on weather forecasting.

In 1885, Sahni established the Punjab Science Institute (PSI), along with his colleague from the Government College, J Campbell Oman. The objective of PSI was to spread science through popular lectures and actual demonstrations among general public. Sahni used to deliver lectures on everyday science topics such as soap bubbles, electricity, magnetism, poisonous gases, spinning toys and the like. He also delivered lectures on popular discoveries of the period such as wireless, x-rays and Edison’s phonograph.

To make his lecture-demonstrations attractive to lay audiences, Sahni deployed novel technique of ‘lantern slides’. Remember this was a century before Power Point presentation or even basic tools like a slide projector came into being. Some people used to make smoking glass plates on candle flames for making slides. Sahni developed his own technique. He would dip glass plates in thin solution of gum and let it dry in the sun. On these plates which had a rough surface, he would trace figures, maps and data. The images were then projected on a wall through a lantern projector.

Many of Sahni’s popular science lectures were paid events. People used to pay up to two annas to listen to popular science talks and demonstrations by Sahni, attracted by the novelty of his lantern slide presentations. In some lectures, he actually demonstrated how wireless signals are transmitted.

Sahni often delivered popular science lectures in Punjabi. “For years, I gave in the compound of Baoli Sahib at Lahore (near the golden mosque) a regular annual course of about 20 lectures in the Punjabi language. All the lectures were illustrated by easy experiments, often with simple apparatus which anyone could make for himself. The large audiences consisted almost entirely of shopkeepers from the surrounding bazars with just a sprinkling of English knowing clerks from offices,” Sahni recalled in notes of his diaries published by Vigyan Prasar in 1994.

His interaction with common people helped Sahni pick up simple Punjabi words for scientific instruments. Once he overheard a shopkeeper describing the electric plate machine as Bijli da charkha and included the same in his lectures.

Another major contribution of Sahni was in improving quality of science teaching in Punjab. Seeing poor level of teaching of science in schools and colleges, he decided to open a workshop to make apparatus and instruments for conducting experiments, using his personal savings. To make the venture profitable and cross-subsidise instrument making, Sahni used the workshop to manufacture locks and safes which were commercially sold in the market.

Scientific instruments made at PSI workshop soon started shipping to other centres in India and even won prizes in exhibitions. In one such show in Calcutta, J C Bose was the judge and he chose Sahni for the top prize. The legacy of scientific instrument manufacturing in Punjab may be traced back to early efforts of Sahni.

Sahni’s career as a research scientist was short but noteworthy. He went to Germany in 1914 and wanted to work on radioactivity but had to escape to England when the war broke out. There he worked in the laboratory of Ernest Rutherford in Manchester and published two research papers with Rutherford in 1915 and 1917. One of them described the earliest records of alpha particles on photo films. He also collaborated with Niels Bohr.

By contributing to improving quality of science education in various capacities in Punjab, Sahni nurtured talent of many young people interested in science. One of them was Shanti Swarup Bhatnagar, who later founded the Council of Scientific and Industrial Research (CSIR). Sahni had helped Bhatnagar get as scholarship from the Dayal Singh College Trust to study abroad.

Sahni’s is also better known as the father of Birbal Sahni, palaeontologist after whom the Birbal Sahni Institute of Palaeosciences is named in Lucknow. (India Science Wire)