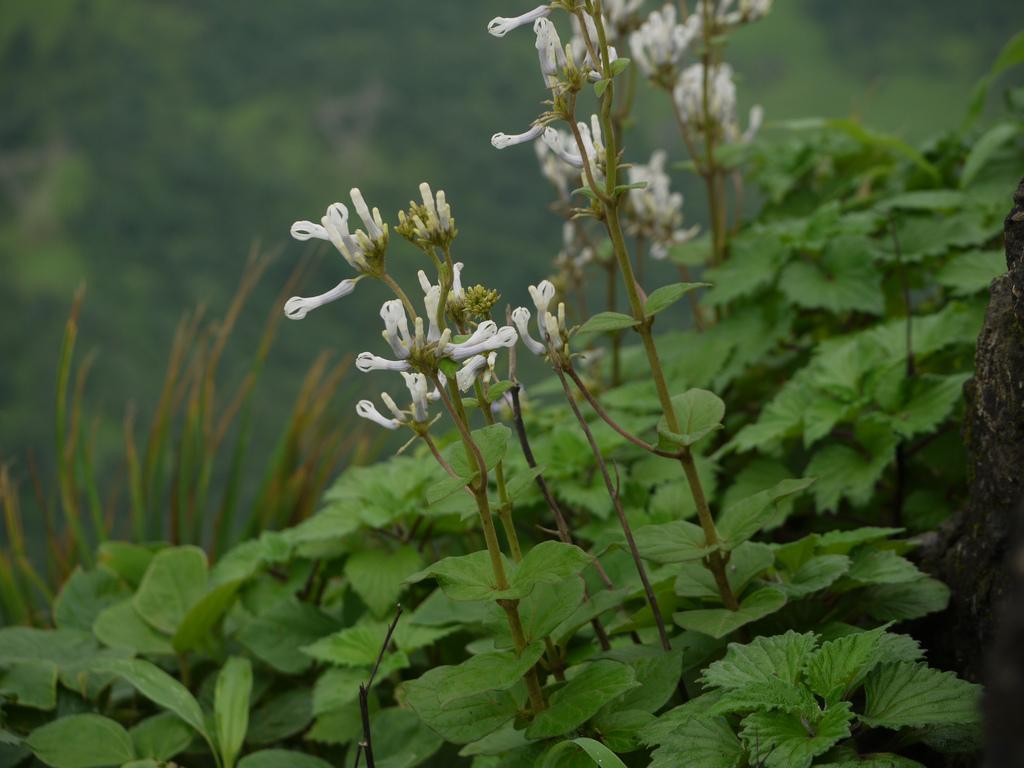 Researchers call for a survey to locate newer populations of the species. Credit: Dinesh Valke / Flickr

A group of Indian taxonomists has rediscovered a wild plant after a gap of nearly 100 years.

Called Ceropegia omissa H.Huber, the species was last seen in 1916. Prior to this, it was seen and collected only on two occasions—in 1835 and 1914. Interestingly, all the sightings have been made in a narrow region, within a radius of about 50 km in southern parts of the Western Ghats.

The area of occurrence of this plant is close to Courtallam (or Kuttalam) in Tirunelveli district of Tamil Nadu, a tourism spot known for its waterfalls.

The region from where it has been found is a biosphere reserve and thus, there would be not much difficulty in launching efforts to conserve it. 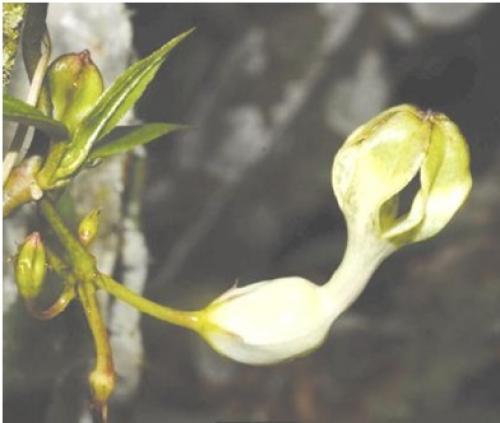 The flowers of Ceropegia genus look like a fountain of wax. The scientific name was derived from this aspect: 'keros', meaning wax and 'pege', meaning fountain. Plants of this genus have many common names, including lantern flower, parasol flower, parachute flower, bushman’s pipe, string of hearts, snake creeper, wine-glass vine, rosary vine, and necklace vine. Such flowers are traded and propagated as ornamental plants.

Researchers came across the rare plant while exploring south Indian orchid species Habenaria Wild. The two plants were found growing alongside each other. It took some time before the rare plant was identified as Ceropegia Omissa as not much information about it was available in literature. None seem to have illustrated or photographed the floral details.

In a report on their finding published in the latest issue of journal Current Science, the scientists said, "there is a need for extensive exploration survey to locate newer populations of the species and assess its reproductive ecology to ensure its survival."

The Centre has identified floriculture as a sunrise industry and has accorded it 100 per cent export-oriented status. Owing to steady increase in demand for flowers both within and outside the country, it has become one of the important commercial trades in agriculture. Consequently, it has emerged as a high-tech activity taking place under controlled climatic conditions in greenhouses. A main upside of floriculture is that it has a higher potential per unit area than most of the field crops. (India Science Wire)