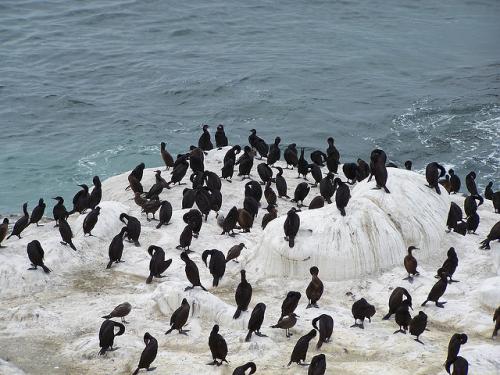 Recent study published in scientific journal Proceedings of the National Academy of Sciences suggests that highly pathogenic flu viruses do not persist in wild birds.

Avian influenza or bird flu is a viral infection that spread primarily from direct contact between healthy and infected birds. The virus is also known to be present in the faeces of infected birds and secretions from nose, mouth and eyes.

Avian flu has been around for a long time in wild birds, but its occurrence in poultry birds was first noticed in early 1900s.

But the potent flu virus strain—H5N1—wasn't discovered until 1997 when it suddenly surfaced on a goose farm in China. H5N1 attracted attention because birds became sick swiftly and many died. Since that time, H5N1 has spread to over 40 countries in Asia, Africa and Europe.

Highly pathogenic H5N8 influenza A virus spread from Asia to North America by migratory waterfowl. The H5N8 virus mixed genes with other influenza viruses in North American waterfowl and triggered 248 flu outbreaks in commercial and backyard turkey and chicken farms in US and Canada.

Wild ducks and other aquatic birds are known to be natural hosts for low pathogenic flu viruses associated with milder symptoms but the research suggests that these are not an ongoing source of highly pathogenic flu infection in domestic poultry.

The H5 avian influenza A virus that infected North American poultry farms in 2014-15 was known to initially spread by migratory waterfowl. Researchers have found that none of the migratory bird is infected by a highly pathogenic flu virus.

They analysed throat swabs and other biological samples taken from 22,892 wild ducks and other aquatic birds collected before, during and after a 2014-15 H5 flu outbreak in poultry.

While previous studies support that the avian influenza in endemic region is largely blamed on movement of migratory birds, the latest study found none of the birds included in the analysis was infected with the highly pathogenic influenza virus.

Corresponding author Robert Webstar, an emeritus member of St. Jude department of Infectious Disease stated that such viruses have not been identified in any of the more than 100,000 wild birds tested since the flu surveillance sampling began 43 years ago.

Highly pathogenic influenza A viruses do not become established in wild bird populations is probably due to existing immunity in the species. But a more complete understanding of the mechanisms at work would aid efforts to prevent, control and eradicate these dangerous viruses in poultry in other areas of world.

Webster said that while there were no reported human cases of influenza caused by the highly pathogenic flu viruses involved in this outbreak, other related H5 viruses have spread to humans with deadly results.