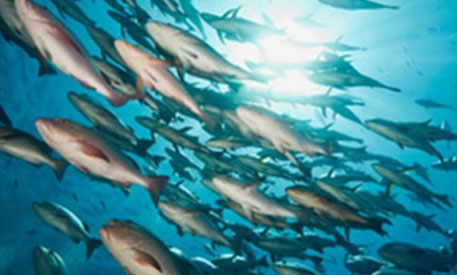 Scientists have found out what imparts iridescence to wings of insects and scales of fish.  Researchers have revealed that disordered layers of crystals give a silvery sheen to fish and a coloured, iridescence to insect wings. These crystal layers are the “universal explanation” for the colourful reflections of many creatures, say the researchers at the University of Bristol and University of Western Australia.

The study was published in the journal Interface this week.

These creatures have evolved nano-scale structures that exploit light. The scales of these organisms are made up of microscopic layers of crystals that have a range of different thicknesses. As these crystals are arranged in a disorderly manner, they prevent light waves from propagating through a material. The light waves "bounce around inside the layers" and are eventually reflected back. These surfaces reflect more light than many man-made structures, producing colourful metallic iridescence or dazzling silver shine that we see in the natural world.

This phenomenon can be copied by humans to produce hyper-reflective surfaces like reflectors to make LED lights more efficient, says a news report in BBC.