Call for sustainable management of oceans 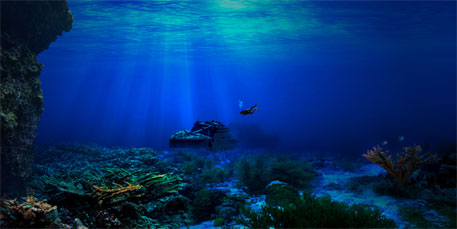 Even as the UN opens up massive new regions of the ocean floor for mining valuable minerals, a new study says the growing practice of mining minerals and fishing from oceans is perilous. The study, published by the European Geosciences Union, warns that the various “services” we are extracting from the deep ocean is likely to make a significant impact on that habitat and what it ultimately does for society.

“The deep sea is the largest habitat on Earth, it is incredibly important to humans and it is facing a variety of stressors from increased human exploitation to impacts from climate change,” says Andrew Thurber, an Oregon State University marine scientist and lead author on the study. “As we embark upon greater exploitation of this vast environment and start thinking about conserving its resources, it is imperative to know what this habitat already does for us.”

“The truth is that the deep sea affects us, whether we live on the coast or far from the ocean – and its impact on the globe is pervasive.” The researchers say that the deep sea is important to many critical processes that affect the Earth’s climate, including acting as a “sink” for greenhouse gases. Increasingly, fishing and mining industries are going deeper and deeper into the oceans to extract natural resources.

Fishing is an obvious concern, the scientists say. Advances in technology have enabled commercial fisheries to harvest fish at increasing depths—an average of 62.5 meters deeper every decade, according to fisheries scientists. This raises a variety of potential issues. “The ability to fish deeper is shifting some fisheries to deeper stocks, and opening up harvests of new species,” Thurber said.

“One concern is that many of these areas are in international waters and outside of any national jurisdiction,” says Thurber. “Yet the impacts are global, so we need a global effort to begin protecting and managing these key, albeit vast, habitats.”