Dams prevent nutrients in rivers from reaching the oceans 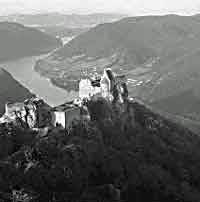 dams disturb river ecology by preventing nutrients suspended in river water from reaching the oceans. This adversely affects the food web structure in coastal areas. A team of scientists reached this conclusion after conducting a study on the Iron Gates dam that crosses the Danube river 1,000 km from the river's mouths at the Black Sea. They say that the Black Sea ecosystem has suffered due to the dam in recent years ( Nature , Vol 386, No 6623).

The team included researcher from the Institute of Biogeochemistry and Marine Chemistry at the University of Hamburg, the Baltic Sea Research Institute, Germany, and the Romanian Institute for Marine Research, Constanta. The scientists noticed a decline of about two-thirds in the dissolved silicate load of the river since the construction of the dam. This has disturbed the silicon-nitrogen ratio of the Black Sea, worsening the effects of eutrophication (the accumulation of organic nutrients that depletes the oxygen content in a water body). An increase in noxious algal blooms has resulted.

The Danube carries in its water tiny specks of silicate that erode from the soil upstream. The silicate has settled in sediments on the reservoir floor for the past 25 years. The dam has prevented 12 million tonnes of silicate according to an estimate, which equals 15 years' supply to the Black Sea. Consequently, marine plants that depend on silicate have disappeared from the sea. These plants generate oxygen and provide sustenance to a large variety of fish. Their beneficent presence in the sea has been replaced by species that thrive on nitrogen and produce some of the most powerful poisons in the natural world, killing fish and introducing the toxins in the food web.

The experts point out that there are about 36,000 dams around the world. Though the effect of damming is not as severe in open seas as in the case of a closed sea such as the Black Sea, the damage is substantial, they say. John D Millman from the Virginia Institute of Marine Science, usa , supports the findings of the research team. Citing examples from dams across the Nile, the Ganga and the Mississippi, he says that for some dams the question may not be if a dam is built, but how it is built.