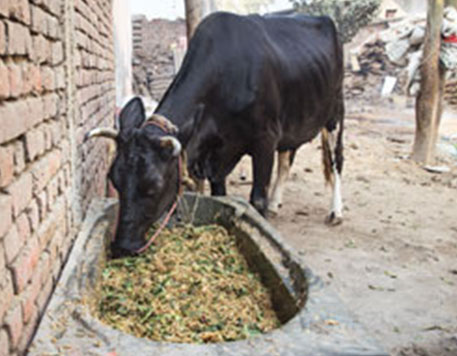 Seven persons have died of suspected anthrax in Simdega district of Jharkhand this month. The deceased were from Kuruchdega village and are said to have consumed ox meat. They reportedly developed anthrax-like symptoms after that.

The first death was reported to the Simdega district headquarters on October 20.

Sumant Mishra, director of state health society, told Down To Earth that preliminary investigations revealed that grazing cattle were the first victims of anthrax. Five cattle died between October 17 and 20 in the village. “These cattle died probably because of anthrax,” he said. Some of the village residents consumed the meat of the infected cattle, leading to spread of anthrax, it is reported.

The assumption of the officials that these are anthrax deaths is based on preliminary report submitted by the civil surgeon and three doctors after visiting the affected village.

Anthrax is caused by Bacillus anthracis, a lethal bacterium. They infect herbivores and humans.

After the cattle deaths, five persons showing symptoms of anthrax were admitted to Sadar Hospital for treatment. But the patients fled from the hospital, complaining of poor food quality and on the pretext of celebrating Diwali at home.

Around 11 people suffering from anthrax-like symptoms have been admitted in Rajendra Institute of Medical Sciences (RIMS). Satyendra Kumar Choudhary, director of RIMS has sent a team of doctor to Kuruchdega village to monitor each and every household.

The health department has rushed a stock of doxycycline and ciprofloxacin antibiotics to the affected village.

“We have collected blood samples of the deceased persons. Final report will be prepared on Monday,” Mishra said.

Anthrax – Update on diagnosis and management