Should not go waste, this 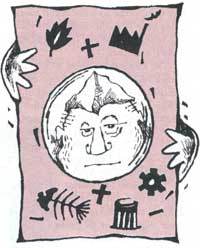 WITH the proposal of a us $360 million loan from the World Bank (WB) to India to provide commercially viable industrial waste treatment methods, the community's right to know, awaiting notification by the Union ministry of environment (MEF) and forests in early February 1996 (Down To Earth, Vol 4, No 19), might just get the neccessary fillip it so desperately needs.

The project proposal (Hazardous Waste Management Project), which is slated to be appraised in September 1996 and presented to the WB Board for approval in April 1997, also includes community-based awareness programmes comprising of three distinct heads - the institutional, the technical and the investment components.

Details of the precise break-up for each head, and how exactly the loan money would be utilised for the community, are not yet known. The Government of India would stand as the guarantor of the loan. "The institutional component would be for support to the Central and the state pollution control boards (PCBS) in their capacity to monitor and enforce the hazardous waste handling rules, and monitor the transportation of hazardous wastes (HW)," Walter Vergara, WB task manager of the loan, told Down To Earth.

He states that the technical assistance component would be utilised by the PCBS to assess sites used for containing Hw and site remediation; community-based awareness programmes on risks to health, environment and the hazards of improper handling and disposal of HW; updating inventories of hazardous and toxic wastes, and expansion Of GIs (geographic information systems)-based tracking and monitoring systems; effort to improve the information management of the PCBS; support for efforts to implement the community's right to know, including development of the toxic release inventory.

However, as far as the technical assistance component is concerned, it would perhaps be neccessary to include the voluntary sector and NGOs here. Government agencies have a long history of preventing free flow of crucial data to the community. Denying of information and not human lapses, lay at the root of the Bhopal tragedy of 1984.

Reacting sharply to the news report "In the line of fire" (Down To Earth, Vol 4, No 23), WB officials stated that the fears of the anti -incinerator lobby, as far as this loan was concerned, were unfounded, as the loan was for neither municipal nor hospital wastes.

"How can the WB Offer loans for schemes that would result in the release of dioxins and furans?" they ask. In the same breath, however, the officials add that the loan would consider all options when it came to hazardous waste disposal. The officials state that although incineration was one of the disposal systems, it was "highly unlikely" that this woW be considered under the loan. "As ihe loan proposal is still at the preparatory stage, we do not have all the details. That would come about only at the @appraisal stage, when all options would be examined," they added.

rt is at this stage that the environmental impact assessments (EIA) are carried out. The implementaing agencies i@A4 the Indian government are the MEF, the ministry of surface transport, the ministry of labour and the Central and state PCBS. Enquiries about the details of the project elicited a deafening silence from the MEF, leaving one wondering how such mute agencies could translate the spirit of the loan (read, the community's right to know) into reality, once the project is implemented.

India generates upto five million tonnes Of Hw annually. Most of this is generated in the highly industrialised states of Gujarat, Maharashtra, Tamil Nadu and Andhra Pradesh. States like Rajasthan, Madhya Pradesh and Karnataka, which form the second tier of the polluting states, are also included within the loan's purview.

"Although these common pollution problems have become better con- trolled, toxic effects of hazardous materials being discharged into air, land and water have become increasingly evident," claimed a recent a WB project report. Under the proposed project, once the sites for hazardous waste management services are located and selected, the actual investment in the facilities will be undertaken by those states where a site is planned. This is primarily the task of the Government of India, point out wB officials.

According to a communique by the wB from Washington, private operators will be involved in the management and maintenance of the facilities under a lease agreement with the states. Facilities will be designed and operated under a build and operate agreement. The crucial question is: what technologies will these facilities use? And who will monitor the treatment process?

While the objectives of the loan are indeed what the beleaguered industrial areas of India, the people living in their vicinity, the choked rivers, streams, lakes, landfills and clumpsites need, any technology that sets a benefit against a disadvantage, would come as a bane, not a boon.