Show must go on 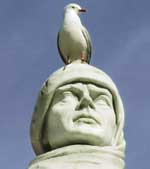 
Despite a recent European stricture against displaying birds at fairs and markets, British pigeon fanciers needn't be disappointed. Pigeon shows in the country can go on, uk's agriculture ministry announced on November 17, 2005. Licensed shows will be allowed to proceed after veterinary advice that the risk of spreading avian influenza was low, the uk's department of rnvironment, food and rural affairs added in a statement.

Britain's pigeon-racing season is only due to start in April 2006 but a small number of races are planned before then. Licences for displaying the birds will be issued provided certain biosecurity and other conditions can be met.