We can live healthy lives well into our hundreds, science claims, but is ageing really a disease that can be cured? Scientist are now looking at the mechanism of the gene that causes the rapid acceleration of ageing 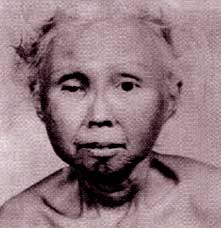 werner's syndrome is a malignancy affecting only a small number of people, but shows devastating manifestations. The victims are cruelly wizened and grey by the time they reach their late 20's. They await their death from prematurely clogged arteries and heart malfunctions in their late 40s or 50s. The cause has been attributed to two copies of a defective gene that they carry. Gerald Schellenberg, University of Washington, Seattle and David Galas of Darwin Molecular, a biotechnological company, have traced the identity of Werner's gene encoding the enzyme dna helicase. Helicase performs some vitally important functions in a healthy cell: it helps the dna to unwind for replication and activation of genes and it also helps dna repair enzymes to rectify random chromosomal mutations and breakages which constantly threaten the integrity of genes and chromosomes. But helicase is definitely only a member of the crew that works round the clock, to keep the cells in good shape.

Since ages, the research into ageing has centred around bizarre elixirs attempting to rejuvenate flagging libido. Medicine's aspiration to keep people alive in their old age is far outstripping its hope to restore the vigour of their youthful years. And this reality is driving a new assault on the underlying causes of ageing. Brittle bones, grey hair, saggy skin, loss of immunity, forgetfulness, cancers and strokes are but a few hallmarks of ageing. But inside each cell of the body, the scene is much more complicated and dramatic. The landscape is dominated by chromosomes fraying away with their ends, technically called telomeres, clocking up random mutations all along their length, molecular debris piling up, the membranes showing signs of wear and tear, and degeneration. The useful genes that had served the body through years, start shutting down for good, and less desirable, hitherto unknown genes, spring into action to cause havoc. If these changes are halted or reversed, ageing will no longer be the inevitable consequence of a long life.

If strengthening the repair system of the cell is one way to achieve longevity, another is to curb the rate at which damage occurs in the first place. Jeff Poulin and his group at the University of Arizona, Tucson have reported that high doses of vitamin e slows the ageing process of brain and immune cells of mice. It strengthens a long known scientific theory that antioxidant vitamins neutralise reactive free radicals and -- in theory at least -- slow cellular ageing. Similar kind of experiments are in progress with squirrels and monkey subjects. Mice and monkeys are known to live longer if reared on a calorie restricted diet. A leaner diet limits the hazardous by-product formations of food combustion in the cells. But depriving cells of energy, researchers believe, may just not make metabolism much slower; this stress may also boost up specific genes and enzymes that help to protect dna and proteins from damage by free radicals and other poisons.

Not every biologist envisages ageing as a straight forward tussel between molecular repair and damage. Some think that cell division may be an important piece in the puzzle of ageing in our species. Unless designed to do so, cells in culture, run short of the capacity to divide more. They do not die, but 'senesce'. Does the same kind of exhaustion afflict cells in living tissue? Senescent cells do not remain kind 'pensioners' in the body, but get altered, in ways that could make them harmful to neighbouring tissues. Senescent skin cells start producing a wrinkle causing protein called collagenase, those lining the arteries and gut, produce interleukin 1, causing severe inflammation.

At Geron, a biotechnology centre dedicated exclusively to the science of ageing, Harley and colleagues are looking at a gene encoding for the enzyme telomerase, as the apt candidate. They believe that preventing cells from senescence might help to slow down ageing. The enzyme telomerase helps prevent telomeres, the dna at the tail end of chromosomes, from shortening. Telomeres are known to wear away gradually, a result of cell division. Once they snip short, chromosomes become unable to replicate properly and are put to a risk of getting damaged or lost. In all healthy cells, this gene is present, but only a small population carries the active gene under normal circumstances. The cancer cells do so, however, giving them their dangerous immortality. Wearing of telomeres is like a time bomb ticking away in cells. When it explodes, the damaged cells senesce to contain the damage. Cells with shrunken telomeres must stop dividing, lest they run the risk of turning cancerous. There is a strong, accumulated evidence that telomere length is the clock that counts the number of cell divisions. But many biologists are reserving their excitement and comment, until the gene is cloned, and the final experiment is done -- genetically manipulating lab mice to see if longer telomeres mean longer life span for the whole organism.

'Telomerase therapy' however proves to be the fine edge of a sword. It is no accident that dividing cells run out of steam. It is one of body's many mechanisms to prevent cancers at an early stage. The challenge for scientists in future is to find ways to reverse the unsavoury effects of replicative senescence without causing runaway cellular proliferation.