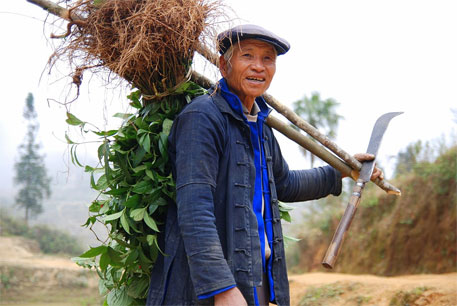 Chinese scientists have found an innovative way to increase agricultural productivity without harming the environment, reports South China Morning Post (SCMP). A group of scientists conducted 150 field experiments in the past five years in major production areas for rice, wheat and maize using scientific inputs that better matched local soil conditions and climate and optimised nutrient requirements. They claimed that farmers could boost yields and cut their reliance on fertilisers if they adopted their “smart” technique.

“Our research proves that we can reduce environmental costs when we strive to increase crop yields persistently and ensure food security. This technique depicts a blueprint for Chinese farming in the future. But there will surely be a long way to go before it is implemented by millions of farmers,” says lead researcher Zhang Fusuo, a professor at the China Agricultural University, in the paper, which was published in the journal Nature.

The researchers compared agricultural yields using four farming methods, the report says. One technique was to grow cereals according to the practice of local farmers. The second technique was an “improved” version of the first. The third way sought to maximise yield without regard for the environment, which meant the use of nitrogen fertiliser. The fourth approach used a system called integrated soil-crop system management. This method matches crop strains to local soils and climate, applies more precise dates for sowing and makes efficient use of fertilisers. The researchers found that the highest yield came from the third option, but the smart farming technique also did well—yields using this method were 97-99 per cent of the maximum yield—and this was achieved at far less cost to the environment.

According to Zhang, China would need 650 million tonnes of grains annually by 2030. Production could surpass demand if farmers achieve 80 per cent of the yields obtained in the experiments, the report says.

China is the world’s biggest producer and consumer of fertiliser. Zheng Fengtian, a researcher specialising in agriculture at Renmin University, China, estimates that output would not be affected if farmers cut their fertiliser use by half. “If we follow the suggested ways in the report on a large scale, it will help a lot to ease pollution,” he told SCMP.