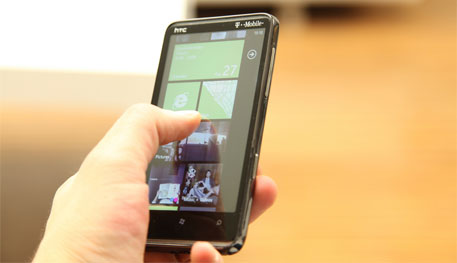 Recent research suggests that smart phones and digital technology may be shaping the contemporary human brain.

Arko Ghosh, an Indian neuroscientist at the Institute of Neuroinformatics of the University of Zurich and ETH Zurich, along with his co-workers and associates at the University of Fribourg, used a test called electroencephalography or EEG to gauge the brain activity of cell phone users. Of the 37 volunteers, 26 were smart phone users and 11 were using regular phones with fixed buttons. Electrodes were placed on the scalps of volunteers to monitor electrical messages sent back and forth between the brain and the thumb, forefinger and middle finger.
The experiment showed smartphone users had bigger EEG brain activity measurements when every one of the three fingertips touched the screen. The amount of activity in the cortex of the brain connected with the thumb and index fingertips was directly equivalent in character to the intensity of phone use, as determined by checking into battery logs.

The results suggest that repetitive movements over the smooth touchscreen surface reshape sensory processing from the hand, with daily updates in the brain's representation of the fingertips. "We propose that cortical sensory processing in the contemporary brain is continuously shaped by personal digital technology," Ghosh and his colleagues write.

The authors used the example of violinists, in whom the area in the brain involved with the fingers that guide the instrument is larger than in non-violinists. They, however, have also drawn a fine line of distinction between their discovery and what happens in violinists. The period of time a smartphone user has owned and used the gadget has no effect. However, for violinists, the activity in the brain was impacted by the age at which the violinists began playing. Additionally, they also state that there was a direct linkage between the actuation in the brain and the latest trend of usage of a smartphone, while there was no confirmation of this for violinists in the studies conducted earlier.

Ghosh states that the research provides an insight into how the digital technology we use on a daily basis shapes the sensory processing in our brains. A very significant finding of this research, the researchers say, is that the shorter the time elapsed from an episode of intense phone use the larger was the cortical potential associated with it.

Sumit Singh, additional director of the Institute of Neurosciences in Medanta the Medicity, Gurgaon, told Down To Earth, “The area designated to the thumb usage is the largest compared to that of all the other fingers. The thumb does 60 per cent of the job; the other fingers only do 40 per cent of the job. The thumb has, in fact, the largest representation and so an increase in its usage through activities like using touch screen cell phones will automatically heighten when the thumb touches the screen. Touchscreen phones demand a lot of thumb usage and so it explains everything.”

The researchers emphasise that it is too early to say whether the changes observed are good or bad but the findings suggest that the digital footprints from our daily activities can be used to understand how the brain functions. The news might not be so good, Ghosh and colleagues say, noting evidence linking excessive phone use with motor dysfunctions and pain. The findings were published on December 23 in the journal Current Biology.