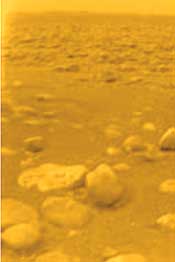 • Ethiopia's 10 million farmers are going to receive certificates that guarantee land rights to them. The country's ministry of agriculture recently said all farmers will receive the certificates in the next three years. It is believed that state ownership of land discourages farmers from making investments to increase the yield. The government hopes the new strategy will create greater security for them.

• Multinational soft drink giant Coca-Cola faced a massive protest at Mehdiganj, near Varanasi in Uttar Pradesh, on January 6, 2005. Protestors comprised communities affected by water shortages and contamination caused by the company's practices. Earlier, over 1,500 people had participated in a similar protest at the same place on November 24, 2004.

• A national emergency was declared in Costa Rica on January 11, 2005, due to flooding along the Caribbean coast. By then, at least two people were already killed and 7,500 evacuated due to the floods. Rescue workers were yet to reach some affected towns. While banana plantations were damaged, coffee growing areas were safe. President Abel Pacheco ordered special aid for the victims.