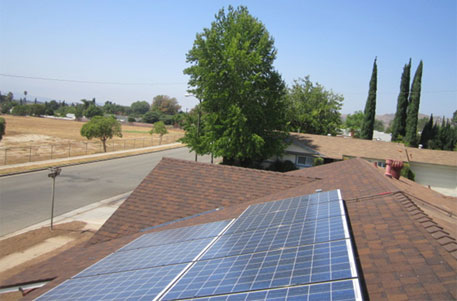 European and North African investors are seeking funding from the UK government to help channel 2,000 megawatt (MW) of solar energy from Tunisia into Europe, according to media reports.

The scheme, to be developed by Tunisia’s TuNur, envisions an enormous solar power farm in the Sahara desert in southern Tunisia that could supply power to 2.5 million homes in the UK by 2018, the reports, published on Monday, said.

The farm would be a 100 square kilometre array of computer-controlled mirrors which would reflect sunlight towards a central tower. The tower would absorb the heat into pipes filled with salt. The molten salt would be used to heat water, creating steam, which would power a turbine to generate electricity.

The electricity would be transported to Europe via a 450-kilometre submarine cable stretching from Tunisia to Italy. From Italy, the electricity would be fed into the European grid.
In its report, the BBC said that TuNur was aiming to win a contract for difference (CFD) from the British government, following which, the project could begin.

The UK’s Department of Energy and Climate Change has recently framed new rules which stipulate that the government would allow developers of renewable energy projects that are not based in the UK to bid for contracts that guarantee subsidies to supply power.

Monday’s development came even as another project to export solar power from North Africa and West Asia to Europe all but folded.

According to a Reuters report last week, Desertec Industrial Initiative, founded in Germany five years ago, said only three of  its 19 existing shareholders had decided to remain on board: Germany’s RWE, Saudi Arabia’s ACWA Power and China’s State Grid.

Desertec’s project had aimed to help supply up to 15 per cent of Europe’s power from renewable energy projects from desert regions by 2050.

Despite Desertec’s failure, Kevin Sara, chief executive of TuNur, insisted that the project was “not a back-of-the-envelope fantasy”.  “It is risky like any big energy project is risky. … We are working with some of the largest engineering firms in the world. This is a serious project,” Sara told BBC.