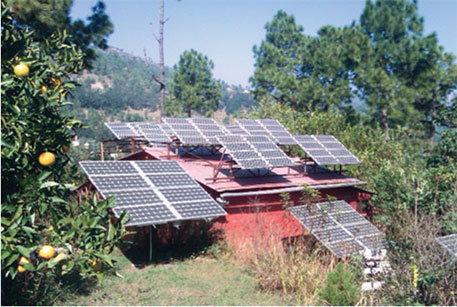 The Union Ministry of New and Renewable Energy (MNRE) is adopting measures to reduce government’s burden of subsidies from solar rooftop power. This follows falling prices of solar photo voltaic (PV) and rising conventional power price. At present, the price of power produced from rooftop solar power projects has fallen to Rs 7 per unit from Rs 17 per unit minimum price in 2010. In many states, commercial establishments are paying Rs 10 per unit or more for buying power from power utilities.

Seeing the viability of solar rooftop projects for many categories of consumers, MNRE has indicated that it is revising subsidy for solar rooftop scheme and it is would be reduced to 15 per cent from the present level of 30 per cent. The subsidy is likely to be given directly to the beneficiaries’ Aadhaar linked accounts or in the form of interest grant. Commercial and industrial consumers who have achieved economic viability in solar rooftop power have been moved to the bottom of the priority list for availing subsidy. The segments which would be given priority for subsidy are those working for public good, such as educational institutions, hospitals and government offices, among others. Residential buildings are also eligible for subsidy.

Apart from the price parity, the increasing subsidy burden of solar rooftop has also been bothering MNRE. The ministry is yet to clear subsidy backlog and has made drastic budget cuts in the past Union budgets. The other justifications for keeping industry and commercial establishments out are that they already have favourable policies in place to make solar rooftop attractive. They can avail tax benefits by availing accelerated depreciation (AD, wherein 80 per cent of the investment in solar rooftop is waived off from taxable income in first year) and subsidies as per the respective state policies. At least 10 states and all Union Territories have announced net metering policies to promote grid-connected solar rooftop.

MNRE’s Grid Connected Rooftop and Small Solar Power Plants Programme, under which solar rooftop plants from 1 kilowatt peak (kWp) to 500 kWp are being set up, has sanctioned 356 MWp of projects till the end of 2014. Out of this, 40 MWp aggregate capacity have been installed in the country. The government of India has set an ambitious target of 40,000 MWp of grid-interactive rooftop solar PV Plants during the next five years.

To meet this target, the government is trying to make loans easily available as a part of home loan or home improvement loan. The Department of Financial Services, Ministry of Finance, has issued following advisory to all public sector banks:

“All banks are advised to encourage the home loan/ home improvement loan seekers to install rooftop solar PVs and include the cost of such equipment in their home loan proposals just like non solar lighting, wiring and other such fittings”.

This move is likely to make loans available readily to the consumers. So far, eight public sector banks have taken actions and issued the necessary instructions to their branches.