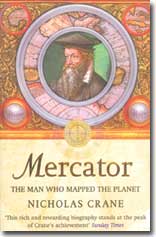 This is a book with a conscience. It gives a detailed exposition of the technical processes and the regulatory mechanisms associated with genetically modified (gm) crops. It also uncovers the ecological and social implications of these crops and managing risks associated with transgenics. All this is meant to empower people to make informed choices about gm crops.

25 well-articulated chapters help the reader traverse the murky, complex as well as interlinked issues relating to gm crops. The reader is warned against taking a pro-or anti-gm stance. What we need is more information (from the sciences and from society), the ability to interpret this information and the skills to identify and analyse facts, processes, actors/agencies as well as stated and hidden agendas.

Sahai urges civil society organisations (csos) to play a major in facilitating this capacity development. The book's central message is that genetic improvement in itself does not offer solutions to the world's food problems -- or any other agricultural problem for that matter. If gm crops are to work for the rural poor in developing countries, the choice of the crops as well as their traits will have differ radically from the genetic engineering industry's agenda. But how can developing countries move from the current practice of introducing corporate-owned gm crops to developing and implementing national agendas for biotechnology -- specially since the knowledge of such technology is today the preserve of a few developed-country corporations? Sahai contends that this can happen if csos facilitate the democratisation of science and enable people to utilise existing technologies and institutional arrangements effectively (say, international protocols and agreements). Sound science, in the hands of a few, is no longer enough to make decisions about gm crops, she argues.

The book is important for capacity building of socio-politically nave scientists and ambitious policy makers. It helps them understand how technology works in society. The concerned reader must now participate in the process of discerning how this poverty-focused, democratic and ecologically just re-orientation of genetic engineering can be achieved.

Rajeswari S Raina is with the National Institute of Science Technology and Development Studies, New Delhi