Is it a threat to the artificial sweetener market? 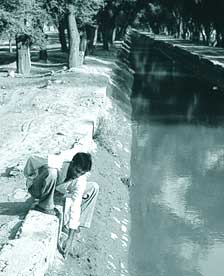 Talk about artificial sweeteners such as aspartame or neotame and Stevia rebaudiana is bound to be mentioned. Considering people in South America have been using this herb as an alternative to sugar, the question is: Shouldn't this be the preferred choice for those wishing to lay off sugar?

Its use is restricted in the us, Canada, Australia and Europe. In the us, though easily available as an unregulated 'dietary supplement', it cannot be sold as a sweetener. The us Food and Drug Administration (fda) has even sent books promoting the plant straight to the shredder. Their argument is: the herb isn't safe. The counter-argument is: if allowed, wouldn't stevia bust the us$1.2 billion artificial sweetener business? fda says there isn't sufficient "safety data" on the herb. But how is it possible to prove chemicals are safe, and not a traditionally used herb?

True, there is little data on Stevia's safety. But the worst studies say is that results are inconclusive. A PubMed search (PubMed is a database of published papers) throws up around 90 studies on the plant. The first few published studies were related to its contraceptive properties, which couldn't be confirmed. There is evidence the active principles in the plant are mutagenic and could cause cancer; but an equal amount of data shows this is not so. On the positive side, studies show people suffering from diabetes, kidney problems and hypertension can use the plant. The herb does not cause dental caries and people suffering from phenylketonuria can use stevia (they shouldn't use artificial sweeteners).

Three petitions seeking approval of stevia or stevioside as a food additive have been submitted to fda since 1989: by a Texas stevia importer; the American Herbal Products Association (ahpa), and the Thomas J Lipton Company. Dry Stevia leaves are up to 30 times sweeter than sucrose and, unlike artificial sweeteners, stable at high temperatures. The main producers of Stevia are Japan, China, Taiwan, Thailand, Korea, Brazil, Malaysia and Paraguay. In Japan about 40 per cent of the sweetener market is stevia-based. Soft drink manufacturers use aspartame in the West but Stevia in the East. Nevertheless, its use is a grey area -- even the Joint fao/who Expert Committee on Food Additives, 2000, was unable to come up with an Acceptable Daily Intake rating for stevioside because of lack of data.

In India, the plant is being cultivated in Chattisgarh and Dehradun. Pharmaceutical companies use it to sweeten syrup. Indian scientists do not know about the plant and the government is not regulating it. So should Indians use it or not? India too has plants -- for instance, leaves of Abrus precatius (Ratti) are sweet and also cure fevers, asthma, thirst, tuberculosis, dental caries -- which can be used as sweeteners. Shouldn't we try to promote them? Especially since bio-diversity experts feel cultivating Stevia without any field trials by our scientific community is unjustified?