No decision yet on setting up contact group; discussion on amendments to the Montreal Protocol on HFCs moved to another day 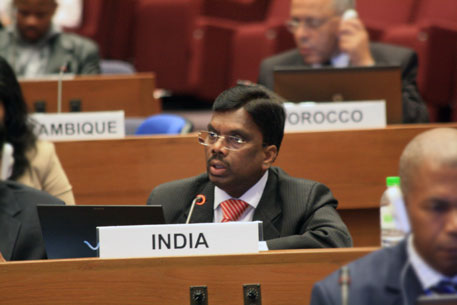 As the Montreal Protocol Meeting of the Parties (MOP 25) entered the second day of discussions on Tuesday, South Africa called for setting up a formal contact group to discuss how the problem of hydrofluorocarbons (HFCs) can be addressed under the international treaty. (For an official decision to emerge from the Protocol, an issue first needs to be formally discussed under a contact group.) By doing so, South Africa broke ranks with other BASIC (Brazil, South Africa, India and China) countries that are opposed to setting up such a contact group on HFCs under the treaty.

China, member of this coalition of emerging economies, called for a formal discussion group, talks under which are not legally binding upon parties to the Montreal Protocol. Although the positions of BASIC countries were not vastly different from what was expected of them, the interventions made by South Africa and China at the plenary session, calling for discussions, provided some respite from the stalemate on an issue that has not seen much progress since MOP 25 began.

But there was no softening of stance by India, which held on steadfast to its position and opposed any discussion on the amendments put forward by the US and others—they want to shift HFCs from United Nations Framework Convention on Climate Change (UNFCCC) where it is currently mandated to the Montreal Protocol. While the stated position of India has been one based on principles, its concerns are similar to those that are being voiced by many other developing countries. Brazil opposed moving discussions to a contact group. According to the Brazilian delegate Felipe Lopes, “it is too early to set up a contact group to discuss the amendments. There are several concerns regarding alternative substances and finance and other implications of the amendments that need to be discussed first.” Those who supported India’s position included Kuwait, Saudi Arabia, Cuba, Libya and Argentina.

Many of the countries that supported India’s position are also members of a group of developing countries that primarily argue for the application of “equity” and “common but differentiated responsibilities” principle under climate negotiations to ensure that past emissions by the rich nations that have contributed more to atmospheric carbon are considered while apportioning emission reduction targets. But in a surprise move, the Philippines delegate, a leading member of this coalition, called for a contact group on the issue of HFCs for the first time. 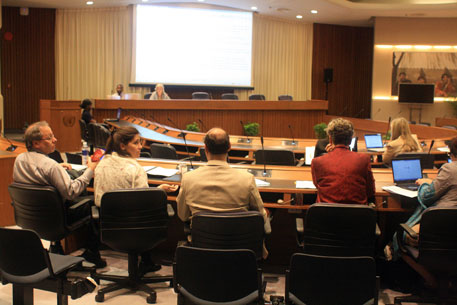 So while parties witnessed some headway towards smoothening the rough divide in the room between developed and developing countries, political divisions hung heavily in the plenary room. Prior to discussions on the amendments proposed by the US and others, a draft proposal submitted by India and Argentina came up for discussion. India wanted money to ensure gas (hydrochlorofluorocarbon or HCFC) manufacturers do not lose out on business under the accelerated HCFC phase out which began earlier this year.

This was agreed to under the Protocol. But according to several developed countries, such funding was only agreed to for the first time a gas was replaced and a party could avail this money the second time around, only if this was in the consumption sector. India’s concern was that this was agreed to before an accelerated schedule came into effect, which effectively advanced the phase out time by 10 years, forcing Indian companies to retire their gas plants sooner than what was agreed to before. Hence, it was important to India and Argentina that this issue was discussed without any further delay.

From the developed countries’ side, the North American states of Canada, Mexico and the US, countries that have made a submission to move HFCs from UNFCCC to the Montreal Protocol, attempted one after the other a forced effort of being open to discussing India’s proposal. China then jumped in to point out that funding for production facilities was in fact a serious concern of developing countries, agreeing with the issues raised by India on the matter. It went on to complain that while the amendments put forth by some parties had received significant attention, the production facility proposal had seen no movement for a really long time.

Under the Montreal Protocol, guidelines for how projects will be funded are agreed ahead of time. Should issues present themselves later, there is not enough flexibility built in to revisit such guidelines. So developing countries that are just beginning the phase out of HCFCs and are now being faced with the proposition of addressing HFCs as well, want to be absolutely sure what they are signing on to and that their concerns will be addressed. Such clarity on many matters still eludes discussions in the current scenario. Further, the status quo conditions that have been prevailing to a large extent on the first two days at the meeting have left many frustrated. The rising number of concerns need to be discussed under an appropriate legal forum and should not be brushed aside for much longer, say delegates.