STRONG webs like the one Spiderman used to swing off skyscrapers could be a reality. Scientists in the US have developed a way to mass produce super strong spider silk. 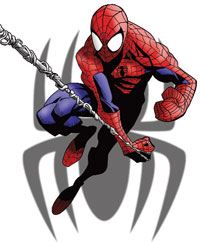 The silk produced by silkworms is already being used in hospitals for sutures and as a material for wound dressings, artificial ligaments and tendons. But spider silk is stronger and elastic, so more suitable for surgeries, such as neurological and cosmetic. It is also being employed to make bullet-proof vests. But it is in short supply as spiders are difficult to farm because they eat each other and do not live in herds.

Now scientists have succeeded in creating modified silkworms that are capable of spinning spider silk. This will help produce a type of composite silk that demonstrates strong mechanical capacities of spider silk. The findings were published online in Proceedings of National Academy of Sciences in January.

To engineer the silkworms, scientists synthetically manufactured spider silk-producing DNA. This synthetic DNA was then transferred to silkworm’s eggs. It targeted the silk gland to produce composite silk that has qualities of both silk produced by silkworms and spider silk. The resultant silk was only two-four per cent spider silk, but as tough as natural spider silk. “The silk was 50 per cent more stronger and elastic than the silk produced by silkworms,” says Randy Lewis, one of the authors of the study.

So why not create spiders that would produce enormous amount of silk? Donald Jarvis, lead author of the study says, “We don’t have the technology to transform spiders and it’s not so obvious how to increase spider silk production in the spider.”

Reviewing the study, Deepak Pental, professor of genetics at Delhi University, says, “The technology can be useful in specialised fields like medicine, but it remains to be seem if this is going to be economically viable to use in sericulture.”