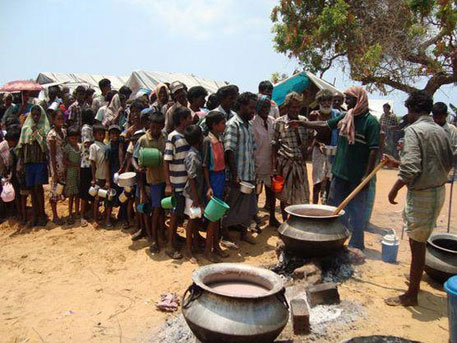 Amid concerns about diminishing free speech in Sri Lanka, the government has issued a new directive, barring NGOs from holding press conferences, workshops and training programmes.

In a circular sent out to all NGOs in the country on July 1, D M S Dissanayake, director of the National Secretariat for Non Governmental Organisations, which falls under the purview of the Defence Ministry, has said that NGOs are acting beyond their mandate by engaging in such “unauthorised” activities.

The directive has sparked an outcry among civil society groups and journalists.

"Sri Lanka is struggling with many problems, including those related to environment and biopiracy. Instead of addressing these issues, the government is trying to take action against freedom of expression. This will lead to more troubles for all of us,” Ravindra Kariyawasam of Centre for Environment and Nature Studies in Rajagiriya told Down To Earth.

The Lawyers’ Collective and the Lawyers for Democracy criticised the move as being a blatant violation and curtailing of the fundamental rights of citizens as enshrined in and guaranteed by the Constitution under the right of expression and association. “The Ministry of Defence does not enjoy any specific legal authority under any statute whatsoever to control freedom of speech and association of citizens, who act collectively through civil society organizations,” the Lawyers Collective was quoted as saying in the Colombo Telegraph. The release, the Collective said, further strengthened the allegation that Sri Lanka has now become an authoritarian state.

The Sri Lanka Working Journalists Association (SLWJA) said the directive is a sinister move aimed at silencing and stifling already persecuted voices of dissent, and a clear attack on the freedom of expression. It has called upon the government to rescind the blatantly undemocratic and unconstitutional decree.

Executive Director of think tank Centre for Policy Alternatives, Paikiasothy Saravanamuttu, told the Daily FT that the circular was a direct threat and challenge to civil society and to Sri Lanka as a functioning democracy. “The chilling effect it intends on the freedom of speech and expression and on the freedom of association, confirms that this regime is either unwilling or unable to comprehend the basic requirements of democratic governance and that it is authoritarian to the core,” Saravanamuttu charged.

Why government sees NGOs as a threat

In a country that sees civil society as its biggest challenge since the opposition is weak, this is not the first attempt to regulate NGOs. In April, President Mahinda Rajapaksa had ordered External Affairs Minister G L Peiris to look into formulating laws to monitor the funding of foreign NGOs. The laws would be enacted to monitor the entire process, including auditing and accountability for these NGOs so that they do not act in a manner “inimical to the state”, the president said.

The government’s increasing phobia against aid workers and the resulting restrictive work permits have hit several international NGOs, including AusAid and Care International, which are reportedly downsizing their staff in Colombo.

“The government wants a hands-off policy from donors, and thus prefers countries like China which provides assistance without being too concerned [about other issues],” Harim Peiris, a Colombo-based political analyst and a one-time spokesperson for former President Chandrika Kumaratunga told IPS News. China is second to Japan as Sri Lanka’s largest lender of development assistance.

The most affected agencies are involved in governance, peace building, conflict-resolution and post-war trauma counseling.

Since the end of the island nation’s decades-long ethnic civil war in 2009, during which Tamil rebels (LTTE) demanding regional autonomy for their community, human rights organisations say the ruling United People’s Freedom Alliance (UPFA) has made little progress in ameliorating pervasive human rights violations such as extrajudicial killings of Tamil civilians, disappearances following detention by security forces and the weakening of checks on executive power through media freedom and judicial independence. A report by an advisory panel to the UN secretary-general has accused both the LTTE and the Sri Lankan government of alleged war crimes during final stages of the civil war. In March this year, the UN Human Rights Council (HRC) authorised the High Commissioner of the HRC to investigate if human rights abuse occurred.

NGOs under scanner in India

The development in Sri Lanka follows in the wake of similar move to muzzle civil society in India. Soon after the Narendra Modi-led BJP government assumed power at the Centre, India’s Intelligence Bureau submitted it a classified document, identifying several foreign funded NGOs that are “negatively impacting economic development” of the country. A significant number of these NGOs have been noticed to be using people-centric issues to create an environment which lends itself to stalling development projects, read the report.

A few pages of the report, leaked online, show that these NGOs are involved in agitations against nuclear power plants (Kudankulam), uranium mines, coal-fired power plants, genetically modified organisms, mega industrial projects (POSCO  and Vedanta), hydel projects (at Narmada Sagar and in Arunachal Pradesh) and extractive industries (oil, limestone) in the Northeast. “These foreign donors lead local NGOs to provide field reports which are used to build a record against India and serve as tools for the strategic foreign policy interests of Western governments,” the report is said to have stated.

While NGOs like Greenpeace have rubbished the report, saying that the intent of their campaigns are deliberately misunderstood and that this is a conscious attempt to crush and stifle opposing voices in the civil society, several other NGOs are worried about the intention of the government.

While there is no denying that NGOs should be transparent about their funds—in fact the Ministry of Home Affairs already keeps a tab on NGO funding and their international donors because only those organisations registered with the Foreign Contributions Registration Act are eligible to receive funds from foreign donors—the government should also be concerned about issues raised by these NGOs.