Squat and get a stroke 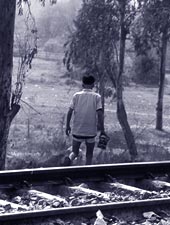 the squatting position adopted by Indians during defecation and bathing might be a triggering factor for strokes (sudden disabling attacks). This was revealed during a study carried out by the Calcutta National Medical College and Vivekananda Institute of Medical Sciences, Kolkata. Strokes generally happen when blood flow to the brain reduces, leading to brain cell death.

In the first phase of their study, the researchers studied 100 people who had suffered from the strokes. Details regarding the time, place, posture and activity at the onset of stroke were collected. In the second phase, 67 healthy individuals selected randomly and 104 hypertension patients were studied to find out the link between posture and an increase in blood pressure (a triggering factor for strokes). In both groups, blood pressure was measured after subjects had a five-minute rest period followed by squatting for at least one minute. Results showed that in most study subjects, the strokes occurred in the morning hours, and over a third (36 per cent) occurred in the toilets. A statistically significant rise of blood pressure occurred in normal subjects who squatted after they had rested. Also, in hypertension patients, blood pressure increase was much greater when they squatted. The researchers assert that squatting leads to impediment of blood movement. This is particularly true for people suffering from high blood pressure and diabetes. High lipid content and smoking are also other important risk factors associated with strokes. Heavy manual labour and psychologi-cal stress could also lead to strokes. "While other physicians must have also noted the occurrence of strokes in toilets, nobody studied it," says Ambar Chakravarty, part of the research team. "On the basis of the results, we would strongly advice people predisposed to strokes against squatting in toilets."

But according to other experts such as Sanjay Choudhary, consultant neurologist at the New Delhi-based Batra Hospital and Medical Research Centre, it is wrong to consider squatting as the sole culprit for strokes.